Biden doubts he will come to Ukraine – media 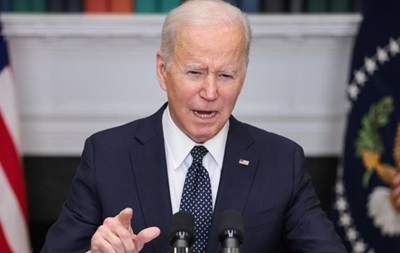 The American president says he doesn’t want to “create problems for the Ukrainians,” so it’s unlikely he’ll be in Ukraine by the end of the month.

Joe Biden is “unlikely” to visit Ukraine on his European tour this weekend, quotes CNN statement by the President of the United States.

This is because he does not want to cause more hardship for the Ukrainians, Biden himself explained. At the same time, the American leader said that he considers Ukraine’s membership in the EU “very likely.”

“It depends on the circumstances,” Biden said when asked if he still plans to visit Ukraine, adding that he doesn’t want to “create further hardship for Ukrainians.”

Asked further if he is expected to go there while he is in Germany and Spain for the G7 and NATO summits, Biden said: “It’s unlikely on this trip.”

Biden has not visited Ukraine since the country was under Russian invasion. Instead, he sent US Secretary of State Anthony Blinken and US Secretary of Defense Lloyd Austin as well as First Lady Jill Biden.

On whether he is sure that Ukraine will become a member of the European Union, Biden told reporters that, in his opinion, this is “very likely.”

Recall that US President Joe Biden called his Ukrainian counterpart Volodymyr Zelensky and announced the provision of another one billion dollars in security assistance to Ukraine.