Russia hit the veterinary academy in Kharkov with Iskander 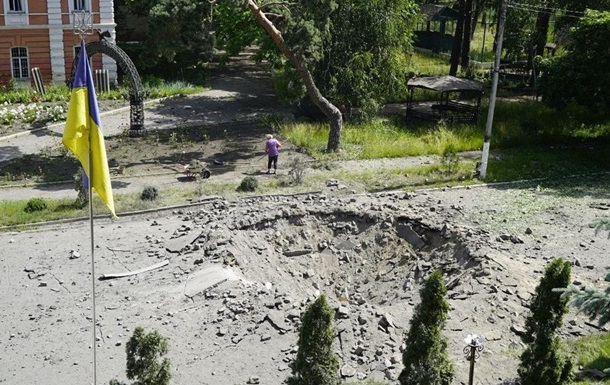 Consequences of a missile attack on Kharkov

A hole about three meters deep was formed at the impact site. From the explosion in the main building, windows, doors and a false ceiling flew out.

As a result of another missile strike by Russian aggressors, the building of the Kharkov State Veterinary Academy was damaged. This is reported Public on Monday, June 20th.

One of the rockets, the explosion of which Kharkiv residents heard on June 19 after 23:00, fell near the central building of the university in Malaya Danilovka. Fortunately, there were no victims.

A hole about three meters deep was formed at the impact site. From the explosion in the main building, windows, doors, and a false ceiling flew out. Other buildings of the institution were also damaged.

When asked why the academy could become the goal of the Russian army, Sergei Borovkov, assistant professor of the academy department, noted: “You know, we have such a joke: wherever you fly, there is the Azov base … They talked about“ bacteriological weapons ”. animals. Perhaps because of this?

Animals, according to Borovkov, are also unharmed.

According to the security officials who examined the scene, the Iskander rocket exploded. Employees of the institution clean up the consequences of shelling.

“This corps survived the Second World War. I think we will restore it, the administration will definitely help us in this. And there will be a new good corps,” Borovkov added.

Recall that today there is a real threat to Kharkov. According to Aleksey Arestovich, adviser to the head of the President’s Office, Russia keeps several battalion-tactical groups in this direction.

Agroecology against hunger: sustainable model can be a solution in the face of crisis