Scholz, Macron and Draghi were late to Ukraine due to a train accident 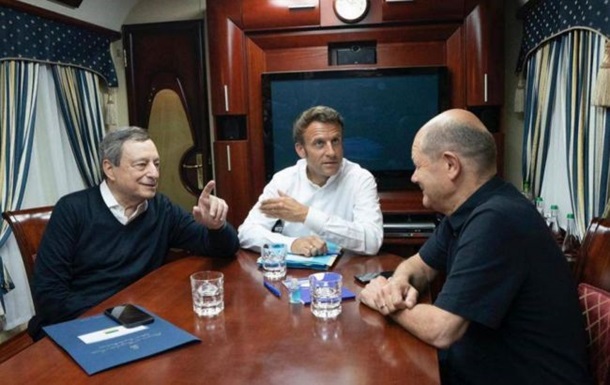 The leaders of European countries boarded a special train in Lviv

Shortly before the scheduled passage of a special train of the leaders of three European countries, the traction network was broken on the Polish side in front of the border.

A railway accident in Poland delayed the visit of the leaders of France, Germany and Italy to Kyiv last week. It is being investigated by the Polish secret services. This is reported RMF.

It is reported that Emmanuel Macron, Olaf Scholz and Mario Draghi were supposed to board a special train in Przemysl, but shortly before departure, the traction network was broken due to an accident. In particular, according to the newspaper, three hours before the departure of the European leaders in the Przemysl-Odesa train, the pantograph broke and the power cables were cut off. In this regard, they had to get to Lviv as part of a convoy of cars, and already there they transferred to a special train.

The incident on the railway is being investigated by the Polish special services. At this stage, there is no reason to interpret this incident as a sabotage.

Recall that the visit of European leaders to Kyiv took place on June 16, they declared their support for granting the status of a candidate for EU membership for Ukraine, and also promised military assistance.

The exhumation of the dead began on the streets of Mariupol