The exhumation of the dead began on the streets of Mariupol 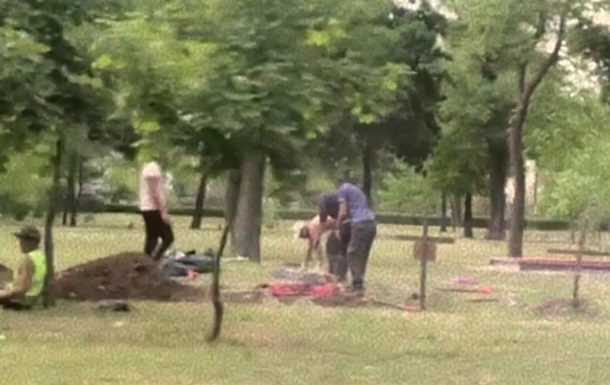 The bodies of the dead are sent for burial in mass graves.

On the part of the invaders, “the treatment of the dead, like garbage, has become the norm,” Petr Andryushchenko noted.

The Russian invaders started exhuming the dead civilians on the streets of the temporarily occupied city of Mariupol. This was announced on Monday, June 20, by the adviser to the mayor Petr Andryushchenko in Telegram.

“The invaders began a slow exhumation of the dead. They dig up the corpses, load them onto tractors and take them to the Metro morgue. Registration is carried out exclusively with the participation of relatives. Because of the heat from the morgue (the bodies are sent – ed.) Immediately to burial in mass graves. Not always with the establishment of numbers,” Andryushchenko wrote.

An adviser to the mayor stated that on the part of the invaders “the treatment of the dead, like garbage, has become the norm.”

Recall that after the invasion of Russia in Mariupol killed at least 25 thousand civilians. People were buried in parks, squares and in the courtyards of houses. Several huge mass graves have already been discovered around the city.


In Mariupol, houses are being demolished without removing the bodies of the dead – mayor’s adviser