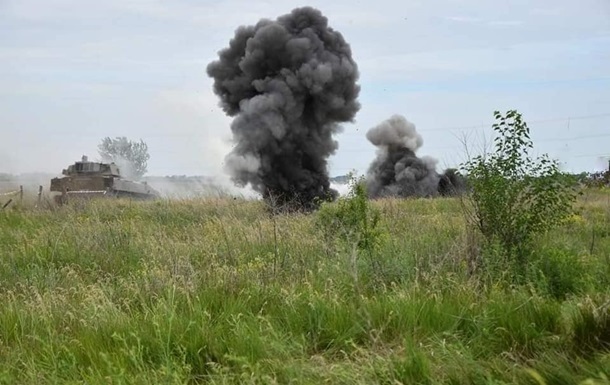 APU inflicts losses on the enemy

The Ukrainian military in the southern direction destroyed the accumulation of manpower and equipment of the occupiers, as well as three ammunition depots in a day. About this June 21 informs Operational Command South.

It is noted that in the Kherson region, an enemy Ka-52 helicopter launched an air strike on the positions of the Armed Forces of Ukraine. There were no losses. In response, Ukrainian helicopters attacked the enemy’s cluster.

In total, 25 invaders, a T-62 tank, a Meteorit self-propelled rocket-propelled mine clearing unit, a powerful communications station, a radar station and an electronic warfare station, two units of military vehicles and three ammunition depots were liquidated during the day.

In addition, while trying to conduct aerial reconnaissance in the Nikolaev region, the Russian military lost two UAVs of the Orlan-10 type.

Recall that in the south of Ukraine, the Armed Forces of Ukraine liquidated an enemy howitzer cannon, a drone and a tank, as well as 28 invaders.

It was also reported that the Armed Forces of Ukraine destroyed three depots of Russian troops in the south in a day.

US citizen killed during hostilities in Ukraine - media

The Kremlin announced a protracted crisis in Ukraine