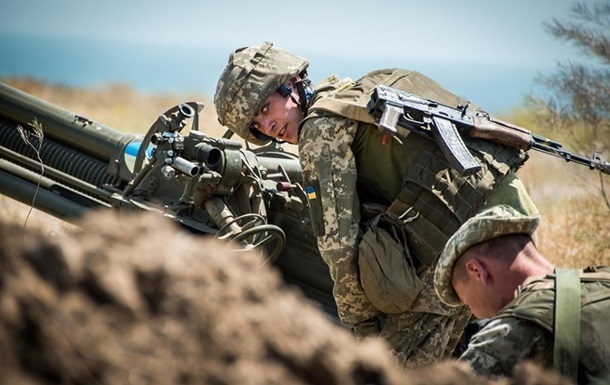 In the waters of the Black and Azov Seas, 5 carriers of high-precision weapons are kept in readiness for launching missile attacks on objects on the territory of Ukraine.

The Armed Forces of Ukraine held their positions after the attack of the invaders near Severodonetsk, and also repelled the assault of the Russians near Slavyansk. It’s mentioned in the morning summary of the General Staff APU June 21st.

It is noted that in the Seversky direction, the enemy fired at civilian infrastructure in the area of ​​​​the village of Seredina-Buda, Sumy region.

“In the Kharkiv direction, the main efforts of the Russian Federation are focused on maintaining the occupied lines. The occupiers are trying to prevent Ukrainian units from reaching the rear of the Russian group of troops operating in the Slavic direction. The enemy fired at civilian infrastructure in the areas of the settlements of Dmitrovka, Chuguev, Korobochkino, Staraya Gnilitsa and Bazalievka” , the message says.

In the Slavyansk direction, not far from Bogorodichny and Dolyna, the Armed Forces of Ukraine repelled the assault actions of the Russian military. The enemy systematically carried out artillery shelling in the areas of the settlements of Grushuvakh, Vernopolye, Adamovka and Mazanovka. Inflicted airstrikes on civilian infrastructure facilities near Bogorodichny.

In the Kramatorsk direction, the enemy fired at the positions of the defense forces from cannon artillery, multiple launch rocket systems and mortars along the line of collision.

In the Severodonetsk direction, the Russian military launched airstrikes near Ustinovka, Gorny and Lisichansk. Assault actions are not stopped to establish full control over the city of Severodonetsk. However, the Ukrainian defenders successfully resisted the assaults in the areas of the settlements of Sirotino and Belaya Gora.

“In the Bakhmut direction, in the areas of the settlements of Nikolaevka, Vershina and Semigorye, the enemy is conducting offensive operations, the fighting continues. In addition, the Russian military fired at civilian infrastructure near Pokrovsky, Nikolaevka and Belogorovka,” the General Staff noted.

In the Avdeevka direction, it launched an air strike in the New York area, and also fired at civilian infrastructure in the areas of the settlements of Ocheretino, Avdeevka, Kamenka, Netaylovo, Nikolskoye and Orekhovo.

An air strike near Shcherbakov was recorded in the Kurakhovsky direction. The defenders of Ukraine stopped the attempts of enemy assault operations in the Maryinka area.

In the Yuzhnobuzh direction, the enemy is suffering losses. Trying to hold back units of the Ukrainian Defense Forces, it fires artillery, mortars and multiple rocket launchers at the areas of Muravyovka, Topolinoye, Belaya Krinitsa and Maryino. The enemy launched air missile strikes on civilian infrastructure facilities in the Ochakov and Kutsurub area. Conducts aerial reconnaissance UAV.

It is reported that in the waters of the Black and Azov Seas, 5 carriers of high-precision weapons are kept in readiness for launching missile attacks on objects on the territory of Ukraine.

“As a result of significant losses in the command staff of the airborne troops, the enemy is forced to recruit reserve officers for military service with the conclusion of short-term contracts for a period of three months,” the General Staff said.

Recall that the Armed Forces of Ukraine destroyed a communication station of the Russian Federation and three ammunition depots in the south.

Russian troops shelled a school in Avdiivka, a fire broke out