In Crimea, the invaders formed a train with boats 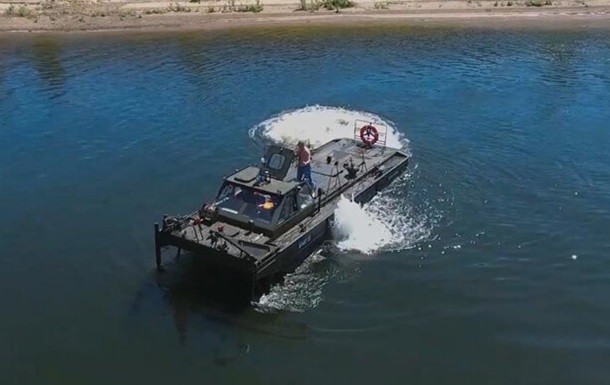 The echelon with boats was noticed at Dzhankoy station. Photo illustrative

On the railway platforms of the Dzhankoy station, five boats were seen, as well as one boat and a train echelon with 50 tanks of fuel and lubricants.

At the railway station Dzhankoy in the territory of the temporarily occupied Crimea, an echelon with military towing and motor boats was formed. About this June 21 reported in the StratCom APU Telegram channel.

In particular, two BMK-15 boats, two BMK-130 boats, and one BMK-T boat were seen on the railway platforms. Also, a railway echelon with 50 tanks of fuel and lubricants arrived in Dzhankoy.

“Obviously, the boats will be sent to mainland Ukraine for use in forcing water interference,” the message says.

BMK – towing and motor boat. It is intended for towing ferries during the construction of bridges and ferries, carrying the bridge, casting anchors, for reconnaissance of the river and performing various tasks in the equipment and maintenance of crossings.

Let us recall that earlier it was reported that more than 50 units of military equipment, including Osa anti-aircraft missile systems, are being transported from Grodno to the Brest region in Belarus.