Russia launched a missile attack on the Kharkiv metro building 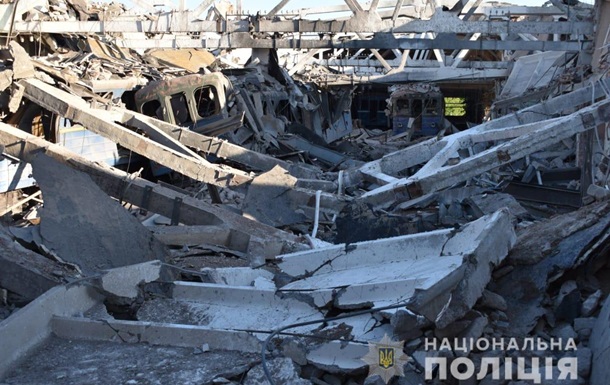 Consequences of a missile attack on the subway building in Kharkov

On this fact, criminal proceedings were initiated under the article on violation of the laws and customs of war.

On Tuesday night, Russian aggressors fired at the Kharkov subway depot. A 61-year-old employee was injured in the incident. informs National police June 21.

On this fact, criminal proceedings were initiated under the article on violation of the laws and customs of war (part 1 of article 438 of the Criminal Code of Ukraine). The sanction of the article provides for imprisonment for a term of 8 to 12 years.

Earlier it became known that as a result of the latest shelling in Kharkov, four people were killed and 10 more were injured.

And the day before, Russia hit the veterinary academy in Kharkov with Iskander. A hole about three meters deep was formed at the impact site. No harm done.

Only trucks will be cleared at the Yagodin-Dorogusk checkpoint

Dates for the start of LNG imports to Ukraine announced