The Federation condemned Prometheus for participating in the Eurocup 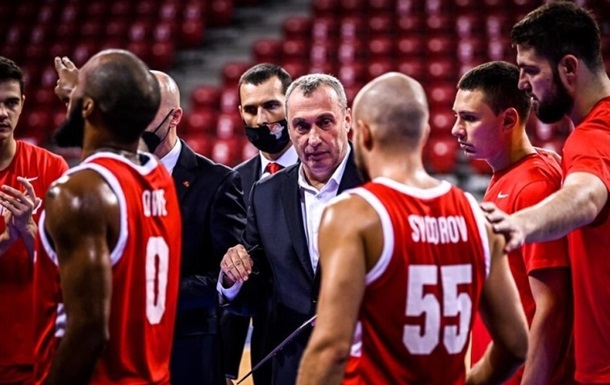 FBU condemns the participation of Prometheus in the Eurocup

The leadership of Ukrainian basketball remained dissatisfied with the actions of the leader of the national championship.

The Basketball Federation of Ukraine condemned Prometheus for submitting an application for participation in the Eurocup. about this in his official statement said FBU President Mikhail Brodsky. The functionary did not like the fact that the champions of Ukraine decided to compete in a competition not under the auspices of FIBA.

“The Basketball Federation of Ukraine supports the aspiration of Prometheus to participate in European club basketball competitions, in particular in the FIBA ​​Champions League, the Latvian-Estonian League, thereby representing Ukraine on the international arena, especially taking into account the war in Ukraine and the hard times for basketball for sports in in general.

At the same time, another issue causes excitement – the participation of the Slobozhan club in the Eurocup, which has already been officially confirmed by the league. We are talking not only about participation itself, but also about the fact that the management of SC Prometheus made agreements regarding participation in a competition that is not a FIBA ​​competition and participation in which is not agreed with the FBU.

Secondly, no less important. Since the beginning of the war started by Russia in Ukraine, FIBA ​​is in full solidarity with Ukraine and supports it in every possible way. So, after the appeals of the FBU FIBA, decisions were made, in particular, on the removal of Russian and Belarusian athletes, teams, referees from international basketball; exemption of the FBU/Ukraine from payment of relevant fees for the participation of all national teams of Ukraine in FIBA ​​competitions, incl. in 3×3 basketball in 2022 (and this is a lot of money) and so on. That is, FIBA ​​is always going to meet us, and the leading Ukrainian club at this time goes beyond the limits of the FIBA ​​competition system.

Given the above, the Basketball Federation of Ukraine does not approve of the participation of SC Prometheus in the Eurocup and considers the actions of the leadership of the Sloboda club to be incorrect not only in relation to the FBU, but also to FIBA ​​as well.

Thus, summing up, the Basketball Federation of Ukraine informs that the assessment of the actions of SC Prometheus will be given at the next meeting of the FBU Executive Committee,” Brodsky said.

In Crimea, the invaders formed a train with boats