Ex-director of Ukrecoresursy detained for fraud with recyclables 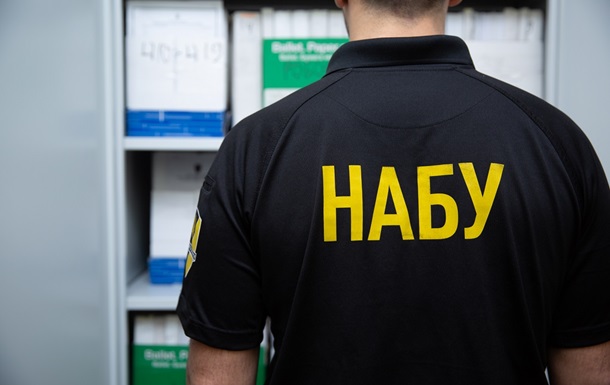 NABU and SAPO detained the former director of the State Enterprise Ukrekoresursy on suspicion of embezzling UAH 13.69 million.

The investigation has evidence that the former official, together with representatives of private structures, organized a scheme for the purchase of vending machines of inadequate quality for receiving used plastic bottles and aluminum cans. About it informs press service of NABU.

The actions of all the persons involved were qualified under Part 5 of Art. 191 of the Criminal Code. They were informed of the suspicion.

NABU detectives found that in August 2012, the then director of the State Enterprise Ukrecoresursy instructed to announce the purchase of 100 automatic machines (fandomats) for receiving used containers of the MT-500 model.

The vending machines that the company was supposed to supply under the terms of the contract are complex technological devices capable of receiving up to 1,000 plastic bottles and 800 aluminum cans. They are manufactured by the only company registered in the USA – RecycleTech. However, instead of negotiating with this manufacturer, Ukrainian entrepreneurs found another company in the United States, which sold them 100 vending machines with a receiving capacity of 300 plastic bottles and/or 400 aluminum cans for $100,000 (790,000 UAH at the NBU exchange rate at the time of purchase). Subsequently, as an examination conducted as part of the investigation, the vending machines turned out to be unsuitable for use. As a result of such actions, the participants in the criminal scheme took possession of the funds of the state enterprise in the amount of UAH 13.69 million.

To make the purchase look more legal, the participants in the crime even initiated a change in the conditions of the purchase, which concerned both the technical requirements for vending machines and the payment procedure (full prepayment, change in cost through an alleged change in the hryvnia exchange rate against the dollar, etc.). To disguise their criminal activities, they also engaged an intermediary – a company registered in Panama.

Investigations are ongoing. Detectives establish other possible participants and the circumstances of the crime.

We will remind, earlier the major of the Vinnytsia military registration and enlistment office was detained on a bribe for help in evading mobilization. He faces a sentence of five to ten years in prison.

There was a population forecast after the war