Experts explain why not all refugees seek to return to Ukraine 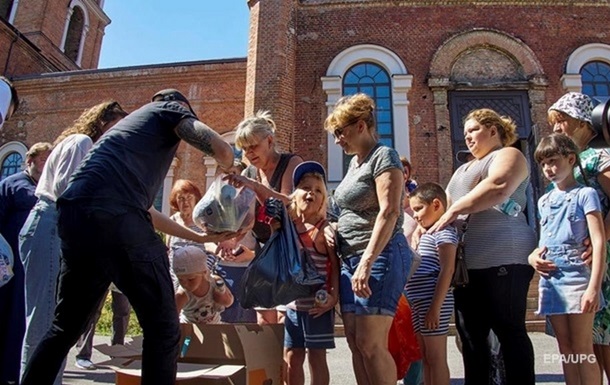 Experts believe that assistance programs from international organizations, programs for the return and adaptation of people to new conditions in their homeland could work for the return of refugees.

The unfavorable psychological climate and financial difficulties are some of the reasons that may prevent many Ukrainians who have gone abroad to return home. This is stated in publications on RBC-Ukraine.

“If we offer benefits or payments to those who are currently abroad, then the question arises: does the one who is, say, in the Chernihiv region, not have to pay anything?” – says the director of the Institute of Demography and Social Research. Birds of the National Academy of Sciences of Ukraine Academician Ella Libanova.

The state now has very limited resources in order to do something for the return of refugees, the director of the Kyiv International Institute of Sociology (KIIS) Volodymyr Paniotto is convinced.

“An unfavorable psychological climate is one of the reasons that may prevent you from returning. Now there is a negative attitude towards those who left. So far, we see this only on Facebook, but the trend can become dangerous. Those who stayed, experiencing certain problems of the war, are annoyed by the problems of Ukrainians abroad Here they are under bombs, but there are problems – uncomfortable housing or money was not paid on time, “Paniotto believes.

Experts believe that assistance programs from international organizations, programs for the return and adaptation of people to new conditions in their homeland could work for the return of refugees.

“Now all programs for the development of science are intended for those who left. I was interested in the support of fellow scientists. All programs were not focused on returning. But we will need a lot of people to restore Ukraine. Why should we lose population? there are many problems: how many have already died, how many will receive disability,” the interlocutor adds.

Refugees who were forced to leave Ukraine due to a full-scale Russian invasion will begin to return home, provided that the economy in our country grows and jobs increase.
“We can definitely say that if the economy grows, jobs will be restored. We will have a growing demand for workers, but they will not be enough,” says Alexei Antipovich, director of the Rating sociological group.

According to the sociological group “Rating”, about 40% of the respondents lost their jobs after the start of the war – either due to the shutdown of the enterprise, or because they had to leave.

“Now the economy is in stagnation. People will go abroad if jobs do not recover. But when the economy grows, there will be a demand for new labor resources. They may even have to be attracted abroad, and then a very balanced migration policy will be needed in regarding labor migrants in Ukraine,” says Antipovich.

According to the UN, the number of refugees from Ukraine who received the status of temporary protection in European countries amounted to 3.407 million. Several million more citizens are abroad without refugee status.

And according to the European Union, since the beginning of the war, more than 5.7 million people have left Ukraine, of which more than 2.8 million Ukrainians have returned home.

Banditry, necropolitics and profit at any cost: has the Amazon become a lawless land?

Invaders shelled Kharkov in the morning. There are victims - OVA