Goals in arrears, ex-minister arrested and low budget: “Education crisis is a project”

Drop in investments, goals behind schedule, former minister in preventive custody, corruption charges, data blackout and four ministers since 2019. Data show that education in Brazil has entered a process of deterioration in recent years.

The former Minister of Education, between April and October 2015, Renato Janine Ribeiro, currently president of the Brazilian Society for the Progress of Science (SBPC), says what is seen today in the Ministry of Education “is a policy”. In his words, “it is not something that is happening by chance. It is a project that has established itself”. 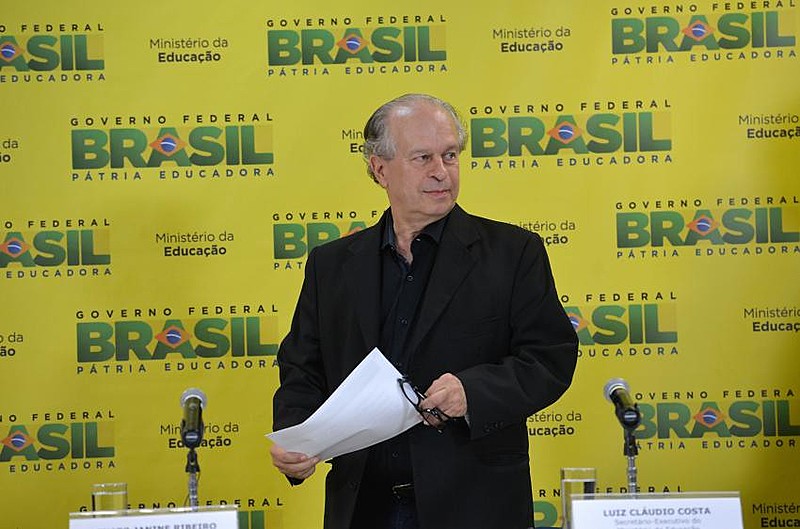 Janine Ribeiro refers to the former Minister of Education of the Bolsonaro government Milton Ribeiro, who was preventively arrested this Wednesday morning (22) by the Federal Police, who are investigating the Fund’s “trafficking in influence and corruption for the release of public resources” National Education Development Program (FNDE) to city halls, mediated by lobbyist pastors. One of these pastors is Gilmar Santos, who was also arrested on Wednesday.

“Of course, there is a presumption of innocence and the right of defense, which has not always been respected in recent years in Brazil. But the important thing is that there are several reports in the press of audios that indicate something irregular, that is, that there would have been a channeling of resources from the Ministry not based on criteria of management efficiency, republicans, but according to political interests”, says Janine brook.

A special request from the President of the Republic

In an audio leaked by the press on March 21 of this year, Ribeiro says that he prioritized allocating FNDE resources to city halls whose requests were negotiated by pastors Gilmar Santos and Arilton Moura, at the request of President Bolsonaro. Both do not have a position in the Ministry of Education and work in an informal scheme to obtain funds.

“It was a special request that the President of the Republic made to me on the issue of [pastor] Gilmar. (…) Because my priority is to first serve the municipalities that need it most and, secondly, to serve all those who are friends of Pastor Gilmar”, says the minister in audio. 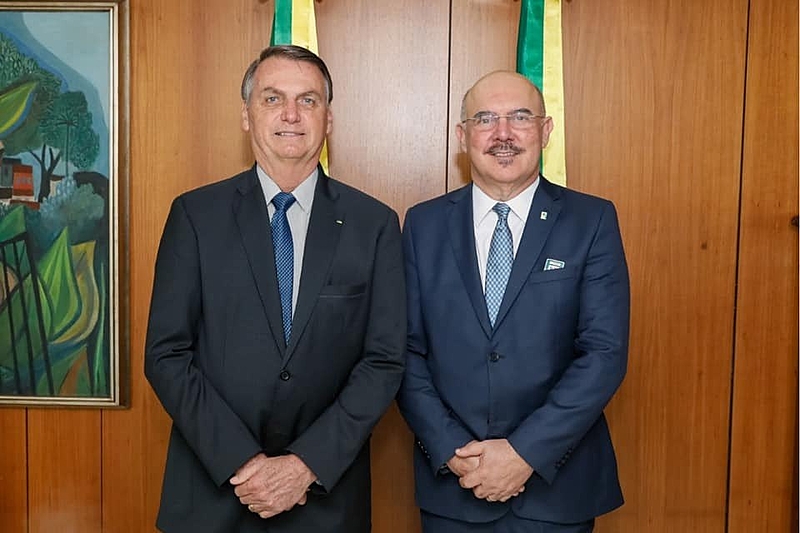 Milton Ribeiro left the government in March this year, after the case came to light. He had filled the vacancy of Abraham Weintraub, who was dismissed from the position in June 2020. Previously, the first minister appointed by Bolsonaro for Education was the Colombian Ricardo Vélez Rodrigues. Today, the portfolio is occupied by Victor Godoy Veiga. In total, there are already five ministers, not counting Carlos Alberto Decotelli, who was appointed by Bolsonaro, but did not take office.

It is the record of ministers who have taken over the portfolio since redemocratization. In the second term of former president Dilma Rousseff, between 2015 and 2016, three ministers were appointed to the post and one interim.

The drop in the education budget also seems to be a tonic in the Bolsonaro government, in addition to the lack of understanding between the leaders of the portfolio. According to the Institute of Socioeconomic Studies (Inesc), between 2019 and 2021, execution decreased by R$8 billion in real terms: from R$126.6 billion to R$118.4 billion. In 2020, it was R$ 118.5 billion. The amount recorded this year is the lowest since 2012, when it was BRL 121.2 billion in expenses, including outstanding payments.

Still this year, the Ministry even blocked 14.5% of the budget for funding and investment expenses of universities and federal institutes. The decision also directly affected the budget of entities linked to the portfolio, such as the Coordination for the Improvement of Higher Education Personnel (CAPES) and the National Fund for the Development of Education (FNDE). 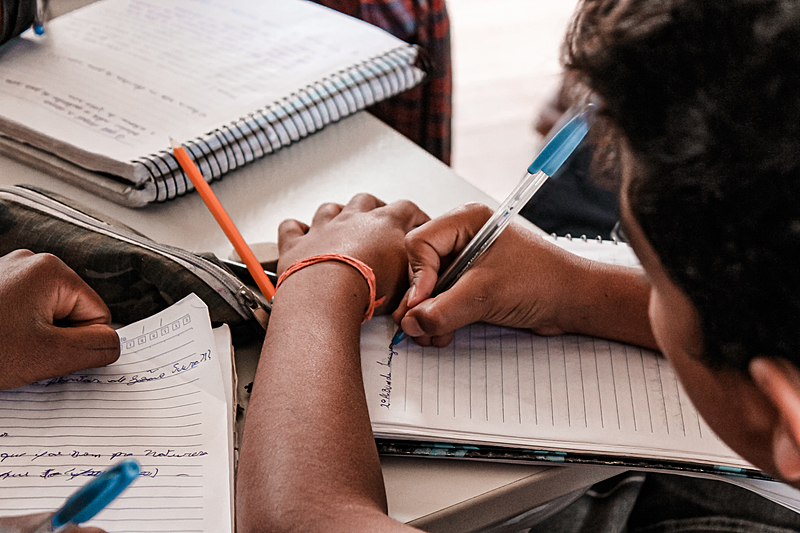 Even despite the challenges imposed by the covid-19 pandemic on education management, such as the implementation of remote and emergency teaching, the budget did not increase for elementary education, throughout 2020 and 2021.

According to last year’s edition of the report Education at a Glance (Education at a Glancein free translation), of the Organization for Economic Cooperation and Development (OECD), “Brazil did not have changes in the education budget for primary education, both in 2020 and in 2021”, in relation to previous years.

“This government did not prioritize education, it did not fulfill the role it should have with the Ministry of Education. For example, we had a pandemic and the Ministry did not take any measures to lead the conversion from face-to-face to remote and emergency education”, analyzes Janine Ribeiro.

“In this situation, the Ministry should have edited guidelines, for example, so that all public and private schools guarantee ventilation in their rooms, determining the necessary distance between students and the use of masks, have provided equipment to students, as was foreseen. a law passed by congress, but which the president vetoed.”

According to the 8th Annual Balance of the National Education Plan (PNE), released by the National Campaign for the Right to Education, this Monday (20), the PNE with 45% of the goals in retrocession, three years from its final term , in 2024.

One of these goals is universal access to the so-called “nine-year elementary school” for the 6 to 14-year-old segment. The number of children in this age group who do not attend or have not completed this training stage almost doubled from 2020 to 2021: the contingent jumped from 540 thousand to 1.072 million.

There was also a reduction in the percentage of young people who complete elementary school at the appropriate age, which was 81.9% in the second quarter of 2020 and dropped to 81.1% last year.

The document also shows that, from 2013 to the present, there has been growth in the secondary-level technical vocational education network only in the public network, which has reached 316,000 new enrollments. The private network, on the other hand, went against the grain and decreased in size, with 223,000 fewer enrollments in the period.

The number compromises, for example, the fulfillment of goal 11 of the PNE, which set as a horizon a tripling number of enrollments in this interval. The idea would be to guarantee the quality of the offer of vacancies and a minimum of 50% expansion in this particular segment.

The diagnosis carried out by the Campaign also highlights the “data blackout” in education. Eight of the 20 goals of the PNE do not have enough official information to support a qualified technical assessment.

The idea would be to reach these two marks by the end of the PNE term, in 2024, but there was no disclosure, for example, of the 2020 edition of the “Continuous Pnad – Education”, formulated by the Brazilian Institute of Geography and Statistics (IBGE).

Publication was postponed to 2021, but that deadline was also missed, leaving experts in limbo. The National Campaign for the Right to Education calls for a greater level of transparency with data. In some cases, the data is only obtained through the Access to Information Law (LAI) and, in others, there is no answer. 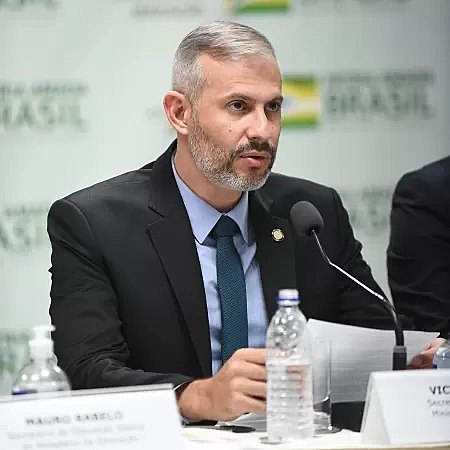 “On the eve of the end of the Plan, the scenario is one of abandonment. In addition to the low rate of progress in virtually all goals, 45% of them are currently in retreat and the situation could be even worse. Given the great lack of up-to-date information, it is not possible to say with certainty the seriousness of the delays and setbacks”, says Andressa Pellanda, general coordinator of the National Campaign for the Right to Education and a member of the Malala Fund’s Network of Activists for Education.

Pellanda explains that the PNE “determines that public investments in education be increased and that progress is made in terms of access, permanence, and social quality”. However, “what has been done is just the opposite”.

“Darcy [Ribeiro, ministro da Educação no governo de João Goulart] I already said that the education crisis is not a crisis, it is a project. That’s exactly what we’re seeing in the country today.”