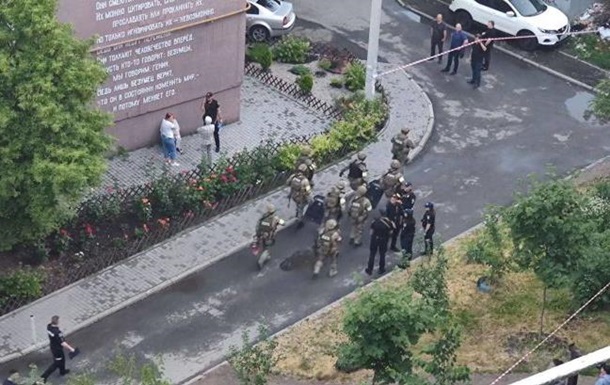 In Dnipro, a man threw a grenade out of the window

The police detained the attacker, the 11-year-old child was hospitalized, law enforcement officers are working on the spot.

In the Shevchenko district of the Dnipro, a man threw a grenade at people from a window. An 11-year-old child was injured in the explosion. This was announced on Wednesday evening, June 22, by the press service of the regional police, as well as local publics.

“Some man threw a grenade out of the window. There was an explosion, as a result of which an 11-year-old boy was injured,” eyewitnesses reported on social networks.

After that, officers of the KORD special unit arrived at the scene and began preparing to storm the apartment.

Later it became known that the attacker who threw the grenade was detained.

“As a result of an explosion of an unidentified object, an 11-year-old boy was injured. The child was hospitalized,” the police said.

They noted that the police received a message about an explosion near one of the houses along Zaporizhzhya Highway at about 19:30. The leadership of the GUNP in the Dnepropetrovsk region, explosives experts, a special KORD unit, and an investigative team are working at the scene.

Earlier it was reported that in Volyn, a military man died from a grenade explosion that fell out of his pocket. The explosion occurred near a public transport stop.

Recall that in the Odessa region during the arrest, an arms dealer blew up a grenade, as a result of which the operatives were injured.