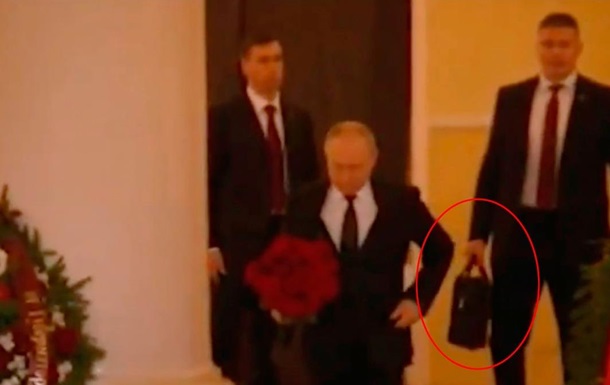 The secret service officer, who previously carried Putin’s “nuclear suitcase” and was recently under arrest, was found in a pool of blood at his home.

FSB colonel Vadim Zimin, who was a security guard for Russian President Vladimir Putin and carried the so-called “nuclear suitcase” with him, was hospitalized with gunshot wounds to the head. On Wednesday, June 22, the publication reports Mirror.

It is noted that he is now in serious condition in intensive care.

According to the publication, Zimin was found in his apartment in Krasnogorsk, Moscow Region on Monday, June 20. Traumatic pistol Izh 79-9TM lay next to him. The FSB officer was found in a pool of blood by his brother.

It is reported that Zimin worked in the Kremlin not only under Putin, he started under Boris Yeltsin.

According to Russian media, Zimin was under house arrest in connection with the investigation of a criminal case on charges of taking a bribe after he started working in the customs service. He faces a prison term.

Recall that in April it was reported that the FSB was undergoing large-scale purges due to the failure in Ukraine.

Bellingcat: The Same FSB Spyed on Nemtsov and Poisoned Navalny