Usyk won the first duel of views against Joshua 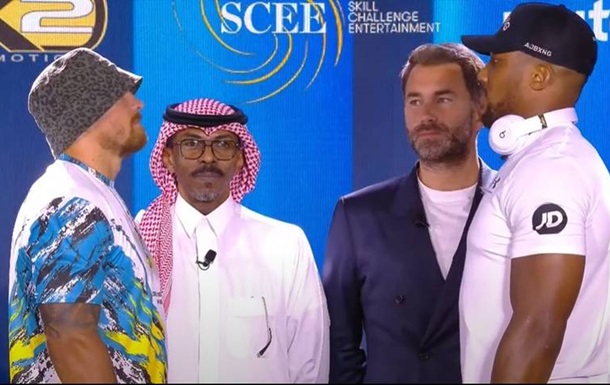 The Ukrainian and British boxer met for the first time before the rematch in Saudi Arabia.

Oleksandr Usyk and Anthony Joshua faced off for the first time ahead of their rematch on August 20. The boxers held a press conference in Saudi Arabia, where the fight is to take place.

In addition, the future rivals had a traditional duel of views during the event. The Ukrainian holder of the WBA, WBO, IBF and IBO heavyweight titles and the challenger behaved calmly. However, the first meeting still remained with Alexander Usik. When the battle of views was already almost coming to an end, the first glance was taken away by the Briton.

Recall that the rematch between Usyk and Joshua will officially take place on August 20 in Saudi Arabia, the city of Jeddah, at the Super Dome arena.