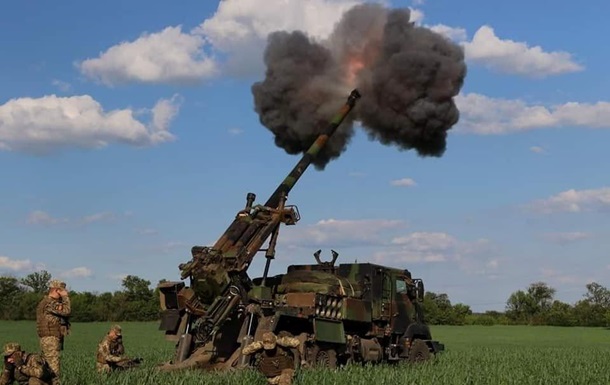 The occupiers concentrated their main efforts on the Severodonetsk and Bakhmut directions, the General Staff noted.

The Ukrainian military stopped the offensive of the Russian invaders in the direction of the southern outskirts of the city of Lisichansk and inflicted losses on the enemy. About it informs The General Staff of the Armed Forces of Ukraine in the evening summary on Thursday, June 23.

It is alleged that the Russians were forced to retreat. To resume the offensive, the enemy puts forward reserves. Near Borovsky, the Armed Forces of Ukraine also repelled the offensive.

The invaders concentrated their main efforts on the Severodonetsk and Bakhmut directions in order to completely capture Severodonetsk and Nikolaevka. The enemy is entrenched in previously captured positions in the areas of Loskutovka and Rai-Aleksandrovka. Trying to make up for losses.

In the Severodonetsk direction, the Russians from tanks, mortars, cannon and rocket artillery fired at the settlements of Sirotino, Lisichansk, Severodonetsk, Voronovo and Mirnaya Dolina.

In the Donetsk direction, the Russians fired at the divisions of the Defense Forces from cannon and rocket artillery, mortars and tanks along the line of collision.

In the Slavic direction, the enemy fired at civilian infrastructure from cannon artillery and multiple launch rocket systems in the areas of Bogorodichnoye, Adamovka, Dibrovnoye, Kurulka, Petrovsky, Vernopolye and Mazanovka. Our soldiers repulsed the enemy assault near Dolyna and Bogorodichny and forced the invaders to withdraw.

In the Kramatorsk direction, the enemy did not conduct active operations.

In the Bakhmut direction, the enemy fired artillery of various calibers at our positions in the areas of the settlements of Nikolaevka, Berestovo, Klinovo, Toretsk, Novoluganskoye, Pokrovskoye, Luganskoye and Kodema. The army aircraft of the invaders struck near Klinovoe.

The invaders are trying to establish control over the settlement of Gornoe. The forces of the assault groups from the 1st Army Corps captured Nikolaevka. The reconnaissance in force in the area of ​​​​the village of Vershina ended in failure for the enemy.

The enemy unsuccessfully tried to pin down the actions of our units in the Klinovoe area.

In the Novopavlovsky direction, the enemy fired at the positions of our troops from tanks and artillery near Pavlovka, Ugledar and Prechistovka. Inflicted airstrikes in the areas of the settlements of Pavlovka, Vugledar and Shevchenko. Near the latter, our soldiers gave the invaders a tough fight and forced them to withdraw.

To find weak points in our defense, the invaders activated sabotage and reconnaissance groups in the areas of the settlements of Vremovka, Novoselki and Neskuchnoye. Ukrainian soldiers successfully discovered them – the enemy withdrew with heavy losses.

On the Avdeevsky, Kurakhovsky and Zaporizhzhya directions, the enemy did not conduct active hostilities. In order to prevent the transfer of reserves to other directions, he fired at the positions of our troops from tanks, mortars, cannon and rocket artillery in the areas of Avdiivka, Peskov, Experienced, Maryinka, Grushevoy and Novopol.

Our soldiers brutally suppressed an attempt to attack the enemy in the direction of Maryinka.

Recall that the Russian troops captured 85% of Severodonetsk and, most likely, control the settlements near Lisichansk (Podlesnoye, Mirnaya Dolina). This was stated by War Mapper analysts.

It was also reported that the enemy is trying to advance towards the city of Bakhmut in the Donetsk region.

Almost 5,000 men have tried to leave illegally since the beginning of the war - State Border Guard Service