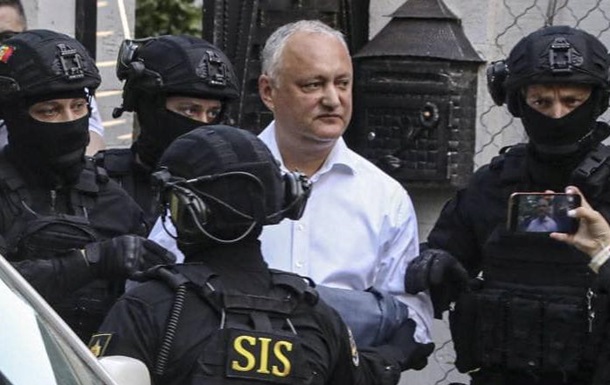 Igor Dodon is suspected of treason and corruption

Igor Dodon was summoned to the Anti-Corruption Prosecutor’s Office to notify him of the seizure of property.

The Prosecutor’s Office of Moldova seized the property of ex-president Igor Dodon and members of his family. The former head of state told about this to journalists who were waiting for him at the prosecutor’s office on Thursday, June 23.

Dodon said that he was summoned to the Anti-Corruption Prosecutor’s Office to notify him of the seizure of property.

“I can’t give details. I signed a document that I won’t tell you anything about this. It’s all a show, they want to make a soap opera and make a TV show about the Dodon case every day,” he said.

Dodon later wrote to Facebookthat the authorities are trying to take the case to the public plane in order to impress citizens with allegedly distorted figures and details.

“The politically subordinate prosecutors realized that if the criminal case brought against me does not have legal success, then they need to engage in propaganda games and gestures. One of the elements of this propaganda performance is the arrest of a number of property objects, including those assets that do not belong to me or are pledged to banks,” Dodon said.

He promised to provide additional information by Monday “about the shows jointly directed by the authorities and the prosecutor’s office.”

Recall that on May 24, anti-corruption prosecutors, together with employees of the SIS and the National Anticorruption Center, searched Igor Dodon’s house. On the same day, he and his brother-in-law were detained for 72 hours. And two days later, Dodon was sent under house arrest for 30 days.

The searches were part of a case known as “Kulek.” Dodon is suspected under articles of passive corruption, acceptance of political party funding by a criminal organization, high treason and illicit enrichment.

Ukraine retained its position in the FIFA rankings

Belarus to reopen equipment that can be transferred to Ukraine