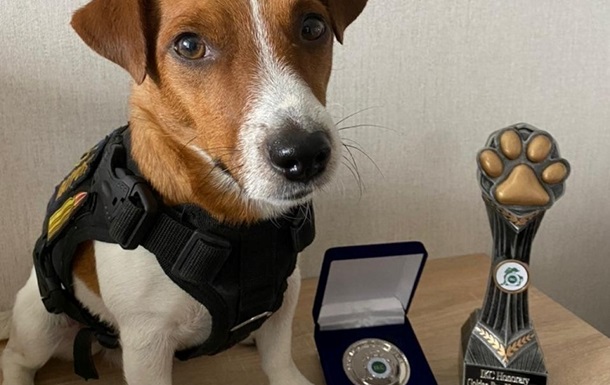 The legendary four-legged sapper of the State Emergency Service, the dog Patron, has replenished his treasury of world awards – he was awarded the Golden Paw.

On Thursday, June 24, the tailed pyrotechnician was awarded the Kennel Club of Ireland Golden Paw. About it informs press service of the State Emergency Service.

“The golden paw is awarded to dogs for an act that has benefited the human community or at least one person. And the work of Patronchik, like all pyrotechnicians of the State Emergency Service, brings a lot of benefits to our inflexible country,” the message says.

Recall that earlier at the International Cannes Film Festival, Patron was awarded the Palm Dog Award – the most prestigious award in the world, which is awarded to four-legged dogs.

In the Kherson region, the police put out a forest fire almost with their bare hands