In Paraná, opening of the Agroecology Journey demands justice for Dom and Bruno

The request for justice for the murder of British journalist Dom Philips and indigenist Bruno Pereira marked the opening of the 19th edition of the Agroecology Journey, held on Wednesday night (22), in Curitiba (PR).

With poetry, music and mystique, the opening act moved the audience of about 300 people present at the Eny Caldeira auditorium, at the Rebouças Campus/Education Sector of the Federal University of Paraná (UFPR), headquarters of the event that continues until Sunday (26). ). Dozens of other names of rural and urban people killed for fighting for rights were also recalled throughout the opening ceremony.

The promoter Rafael Moura emphasized the practice of agroecology as a path to development in the country. “In very few places do we see social groups and movements as in tune with the Brazilian Constitution and legal order as what we see today, here, and what we see in settlements, camps and places that produce agroecological agriculture,” he said. 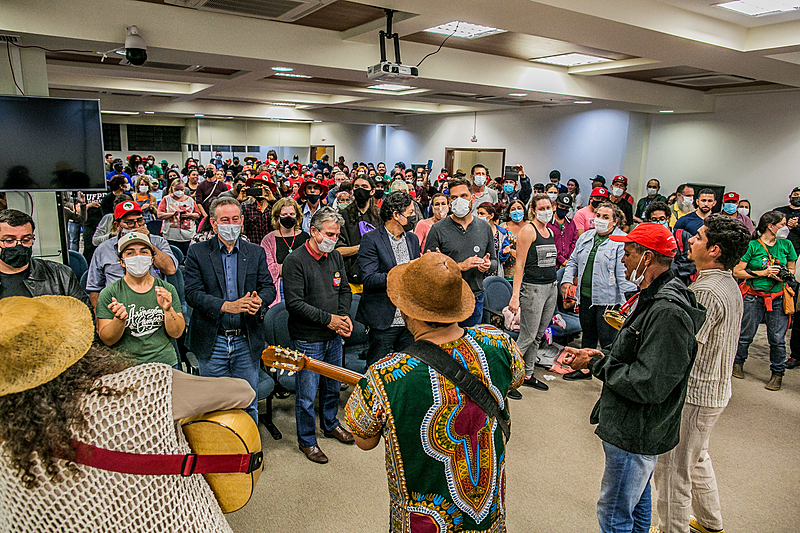 The opening had music, poetry and mystique / Photo: Leandro Taques

Role of the public university

For the pro-rector of Extension and Culture at UFPR, Rodrigo Arantes Reis, the Journey contributes to the real purpose of the university and to the approximation with the real life of the population.

“University extension is that. This dialogue and exchange of knowledge. This exchange is only possible with the university opening up to receive the community and we can experience this dialogic process. This is what the university feeds on and this is the role of a public university”, he guaranteed.

After two years without taking place, due to the covid-19 pandemic, the Journey occupies one of the newest spaces at UFPR, still little known. “This campus has the challenge of opening up to society,” said Marcos Alexandre Ferraz, director of the Education Sector.

For the professor, the university is often excluding and “closed in on itself”, however, there is an effort to democratize spaces. “Welcoming the MST, Via Campesina and the 19th Agroecology Journey is nothing more than opening the university to the true Brazilian people”, he emphasized.

The old building is loaded with symbolism, as Professor Ferraz recalled: “We are on the Rebouças campus, which honors two black engineers who, in the late 19th and early 20th centuries, designed the railroad that goes from here to Paranaguá.”

The name of the auditorium pays homage to the first woman to direct the Instituto de Educação do Paraná, in the 1950s. “Eny Caldeira was a woman who pioneered the university and the spaces of power”, recalled the director.

The tribute to popular and traditional knowledge also gained special space with the delivery of the Legislative Assembly’s congratulatory vote to midwife Ana Ferreira Pinto, 105 years old. A resident of São Bernardo do Campo (SP), she received the honor on the initiative of Deputy Goura. 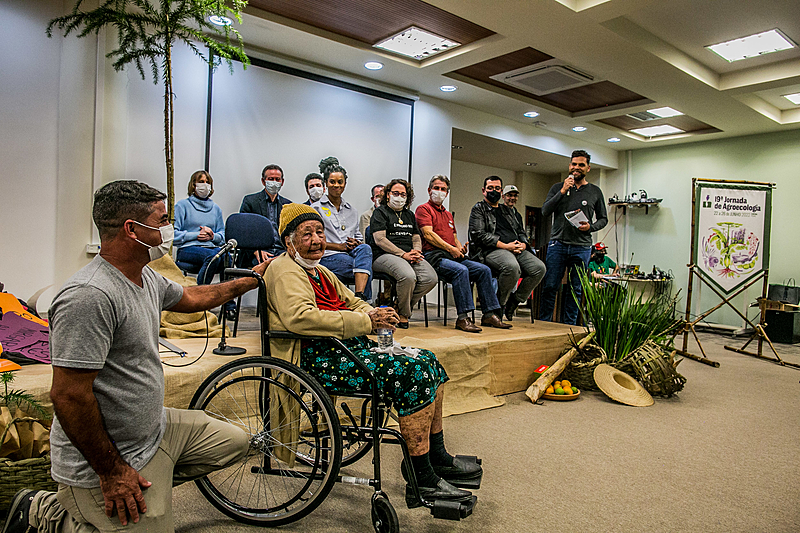 Those who visit Campus Rebouças will find a fair of organic and agroecological foods, cultural presentations, shows by local and national artists, workshops, handicrafts, a cooking space, among other attractions.

Muara de Araújo Pinto is a member of the Central Peasant Cooperative of Minas Gerais (Concentra) and is participating in the Journey for the first time. “Our expectation is the sale of products, the dissemination of the quantity of products that the MST produces”, she pointed out.

“It is very important to raise people’s awareness to improve food and to improve socializing. Why this is it: Agroecology encompasses everything, it’s not just healthy food, but the healthy treatment of people, plants, animals, the workforce, everything”, emphasized Muara.