Nine tons of garbage lie on the streets of Mariupol – mayor 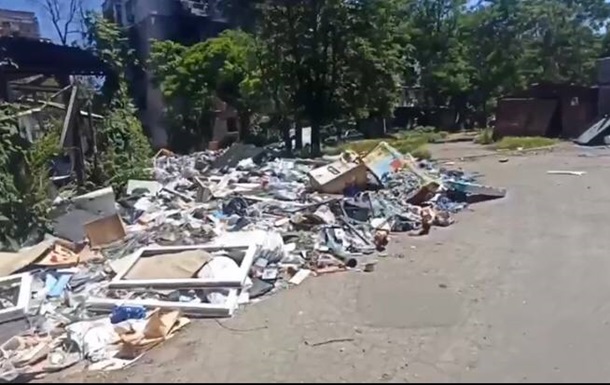 Mariupol turns into a dump

The occupiers do not clean the city, because there is nothing – they themselves destroyed the municipal equipment, Boychenko noted.

In the temporarily occupied city of Mariupol, Donetsk region, up to nine tons of garbage have accumulated since the end of winter, which the Russian invaders do not clean up. About this on Thursday, June 23, informed Mayor Vadim Boychenko.

“Mariupol is on the verge of an epidemiological catastrophe. Total unsanitary conditions reign in the city. Infectious diseases are spreading – cholera and dysentery are possible among them. In all districts there are spontaneous burials, there is no working sewage system. There is no drinking water. Mountains of uncollected garbage are attached to this,” – he noted.

According to Boychenko, the occupiers do not clean the streets, because there is nothing – they themselves destroyed the municipal equipment.

The mayor emphasizes that there is a huge risk to the health and life of Mariupol residents, so people need to be taken out of the city.

As reported, in Mariupol, the Russian invaders are conducting the so-called “census”, and private funeral teams from the Russian Federation offer their burial services for 10,000 hryvnia per body.


In Mariupol, the occupiers create a “putlerjugend”

Occupiers fired at the suburbs of Zaporozhye from the MLRS