The white and racist majority of the Curitiba City Council, in a quick and rushed special session on Tuesday (21), voted to revoke the mandate of black councilor Renato Freitas (PT). There were 25 votes in favor of the impeachment, only 7 votes against and one abstention, a vote confirmed again on Wednesday (22).

The black councilors who make up the Curitiba parliament voted as a block against the impeachment, which further highlighted the racist aspect of the majority decision.

Read too: Renato Freitas: a councilor between racism and religious fundamentalism in Curitiba

The sanction of loss of mandate, confirmed in this Wednesday’s session, interrupts the parliamentary trajectory of the black activist and activist Renato Freitas, a voice he has highlighted in recent years in the defense of the young, black and peripheral population of the city. O false pretext the breach of parliamentary decorum, is laughable for a Chamber that has already tolerated even parliamentarians convicted and imprisoned for corruption.

The process to revoke Renato’s legitimate and representative mandate was based on the false narrative of an invasion of the Church of the Rosário, during an anti-racist act to denounce the death of Congolese Moïse Kabagambe, in February – the PT was the target of five representations for breach of parliamentary decorum. 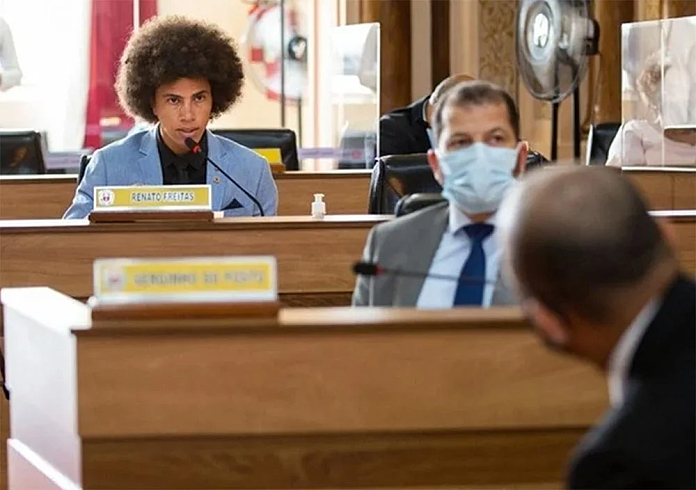 The PT councilor is accused of leading the demonstration – in front of and inside the Rosário Church -, disturbing and interrupting the practice of religious worship, carrying out a political act inside the Church and entering the Catholic temple without authorization.

The Archdiocese of Curitiba itself released a note in which it recognizes that there is no reason for the removal of the mandate of the Curitiba parliamentarian.

The legal defense of Renato Freitas continues the battle for the annulment of the entire process and listed several irregularities in the conduct of the same, including the audio leak about an articulated action of pressure to obtain the votes of the members of the ethics committee and the disclosure of a racist email against Renato originating from the Chamber’s computer — which was the subject of a precarious investigation, but which did not discover the author of the criminal act.

The ongoing process, which culminates in the loss of Renato’s mandate this Wednesday (22), is an indication of the resistance of reactionary sectors against the protagonism of the black population in the secular struggle for their rights. It is, without a doubt, another anti-democratic and reactionary manifestation of structural racism.

The political and ideological mentality of the white majority of the Curitiba City Council wants to erase and deconstruct the secular resistance of the majority black and mestizo population in Brazil, which fights and resists to break the shackles of brutal racial and class discrimination. The mandate of Renato Freitas, obtained by an expressive vote, is a living symbol of this struggle.

In recent years, the policy of criminalizing poverty, driven by the Bolsonar government, has an undeniable racial bias and has acquired a genocidal dimension, with the advance of militia activities, added to the usual, practically naturalized modus operandi of the violence of the Military Police. (PMs) in the outskirts of territories – inhabited, mostly, by black populations.

The mandate of Renato Freitas has also been a point of support and reference in the fight against violence by the police force, which mainly affects black and poor youth.

Therefore, it is urgent to defend Renato’s mandate! It is a democratic gesture — against intolerance and racism. Renato Stay!

*Milton Alves is a political and social activist. Author of the books ‘A Política Além da Notícia and the Declared War against Lula and the PT’ (2019) and ‘A Exit is for the Left’ (2020).

**This is an opinion article. The author’s view does not necessarily express the newspaper’s editorial line Brazil de facto.

***Read more texts like this in the column of Milton Alvesdo Brazil de facto PR.