Results of 22.06: Money for the war and the Map of Destruction 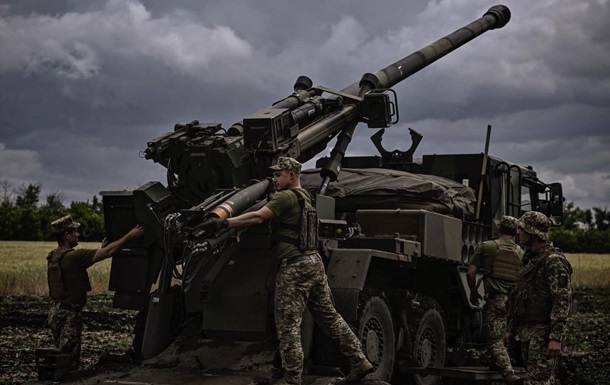 Ukraine’s military spending reaches $5-6 billion monthly; The data set includes those destructions, photos and videos of which were made public on social networks. Perild.com highlights the main events of yesterday.

Ukraine spends 5-6 billion dollars a month on the war. This figure was announced by the head of the United States Agency for International Development (USAID) Samantha Power. She called such spending “staggering” and even the $7.5 billion that the US administration is preparing to allocate in aid to Ukraine will not be enough to cover the costs caused by the war, she stressed.

A digital platform has been launched in Ukraine, fixing the consequences of the invasion of the aggressor country into Ukraine – the “Map of Destruction”. Photos of destroyed or damaged civilian objects are added there: houses, schools, churches, stadiums, etc. 1539 destroyed objects have already been recorded on the online map.

The Ukrainian military will attack Russian positions on Serpentine until the island is completely de-occupied. Now there are several enemy units. This was stated by the head of the Main Directorate of Intelligence of the Ministry of Defense of Ukraine Kirill Budanov. According to him, an enemy group is now stationed on the island, consisting of air defense units, as well as units armed with multiple launch rocket systems.


Russia strengthens its position in Donbas

Russia is preparing to transfer a large number of reserve units to the Donbass, said British intelligence officers of the Russian Federation are seeking to cordon off the Severodonetsk region through Izyum in the north and Popasnaya in the south. The ability of both sides to form and deploy reserve units at the front appears to be increasingly important to the outcome of the war, British intelligence said.

As a result of Russian shelling of the city of Chasov Yar in the Donetsk region, one person was killed and 11 were injured. Among the wounded are children. According to preliminary information, the enemy used cluster shells.


The enemy fired on Nikolaev and Kharkov

Russian troops hit Nikolaev with seven missiles. As a result of missile attacks on Nikolaev, a school, several high-rise buildings and private houses, as well as two enterprises were damaged. So far, one death is known.

Also, the invaders continue to shell Kharkiv and the region. Sloboda and Industrialny districts suffered from shelling. Economic and industrial facilities were damaged, several large-scale fires occurred. As a result of a mortar attack on the village of Prishib, Kharkiv region on Wednesday, June 22, five women were killed. All of them were in the village at the entrance of a multi-storey building.

German Chancellor Olaf Scholz promised to supply Ukraine with the necessary weapons. He stressed that Germany will continue to support Ukraine on a large scale – financially, economically, humanitarianly, politically, and last but not least, with the supply of weapons.


Experts gave a forecast of the population of Ukraine

Because of the war, the population of Ukraine may be reduced to 30 million people. Such a forecast was given by the director of the Kyiv International Institute of Sociology (KIIS) Vladimir Paniotto. According to him, now there are ideal conditions for those who have long wanted to go to live abroad. So Ukraine will lose 7% or more of the population.


Named indirect losses of Ukrainian farmers from the war

Indirect losses in Ukraine’s agriculture due to reduced production, blockade of ports and higher cost of production factors are estimated at $23.3 billion. Losses due to a decrease in the yield of perennial crops amount to 89 million dollars. USA, perennial crop losses over five years will amount to 222.4 million US dollars. The decline in the number of livestock leads to a decrease in production for several years ahead: the total loss of the livestock sector is estimated at 682 million US dollars.


Finland promised a tough rebuff in case of Russian aggression

Finland has been preparing for decades for a possible attack from Russia and will put up stiff resistance if it happens. This was stated by General Timo Kivinen, who commands the Finnish Defense Forces. The general emphasized that his country had built up a significant arsenal, but the motivation of the Finns was decisive, and added that even after joining NATO, Finland itself would still bear the main responsibility for the defense of Finland.

The death toll from a powerful earthquake in eastern Afghanistan on June 22 has risen to 920. Most of the dead are in Paktika province. Victims are also located in the city of Khost and the province of Nangarhar. Authorities report that at least 100 houses were destroyed.

Since the beginning of the war, Russian hackers have carried out cyberattacks against 42 countries