The enemy moved tanks and BTG in two directions 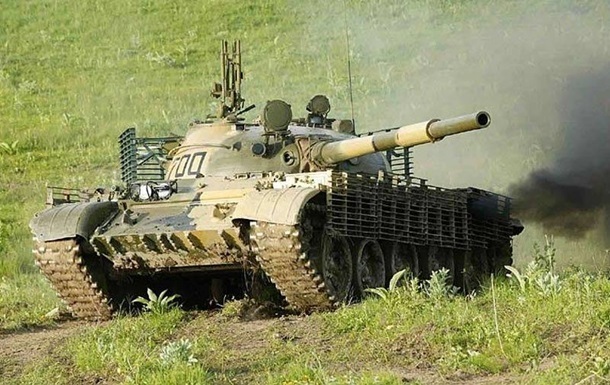 In the Bakhmut direction, the military of the Russian Federation are conducting offensive operations in the directions of the settlements of Zolote and Volcheyarovka.

The military of the Russian Federation moved tank units to the Slavyansk and Bakhmut directions and into one battalion tactical group. The enemy is preparing to use heavy flamethrower systems. It’s mentioned in the morning summary of the General Staff APU June 23.

It is noted that mobilization training of the armed forces of the Republic of Belarus will continue in the Volyn and Polesye directions from June 22 to July 1, 2022 in the Gomel region, near the state border with Ukraine. During it, it is planned to work out the issue of conscription of military reserve.

Exercises are also being held with units of the special operations forces of Belarus with the involvement of instructors from the armed forces of the Russian Federation. The main attention is paid to conducting sabotage and reconnaissance activities.

“In the Seversk direction, enemy units continue to be located in the border regions of the Bryansk and Kursk regions. The enemy maintains three battalion tactical groups from the 1st Tank Army of the Western Military District and an airborne unit. It is improving defensive positions in the area of ​​​​the settlement of Tetkino, Kursk Region. The aggressor continues shelling of units of the Defense Forces in the border areas of the Sumy region,” the General Staff said.

In the Kharkiv direction, enemy units are concentrating their main efforts on preventing the Defense Forces from reaching the rear of the group of occupying forces operating in the Slavyansk direction. The enemy conducted aerial reconnaissance in the areas of the settlements of Bayrak and Rubizhnoye.

It is also reported that in the Slavic direction, the main efforts of the Russian Federation are concentrating on improving the tactical situation and identifying weaknesses in the defense of the Ukrainian troops. The enemy is trying to create conditions for resuming the offensive in the Izyum-Barvenkovo ​​and Izyum-Slavyansk directions. In order to strengthen the grouping of troops in the area of ​​the city of Izyum, the enemy moved to two tank units. The invaders plan to use heavy flamethrower systems in the Slavic direction.

In the Donetsk direction, the enemy is concentrating his main efforts on establishing full control over the city of Severodonetsk, conducting offensive operations with the aim of cordoning off Ukrainian troops in the area of ​​the city of Lisichansk and blocking the main logistical routes.

In the Severodonetsk direction, the enemy took control of the settlements of Loskutovka, Rai-Aleksandrovka. Conducts assault operations in order to establish control over the settlement of Sirotino. Carries out preparatory measures for forcing the Seversky Donets River.

In the Bakhmut direction, the military of the Russian Federation are conducting offensive operations in the directions of the settlements of Zolote and Volcheyarovka. They are trying to seize the dominant heights in the Berestovoye area in order to establish control over the Bakhmut-Lysichansk highway. To reinforce the grouping in the indicated direction in the area of ​​\u200b\u200bthe settlement of Novotoshkovskoye, the enemy transferred it to one battalion tactical group from the Central Military District.

On the Kramatorsk, Avdeevsky, Kurakhovsky, Novopavlovsky and Zaporozhye directions, the enemy did not conduct active operations. Carries out shelling in order to constrain the actions of units of the Defense Forces and prevent them from tipping over to other directions.

In the Yuzhnobuzhsky direction, the occupiers are focusing their main efforts on preventing counteroffensive actions by the Armed Forces of Ukraine in the Kherson and Nikolaev regions. Carry out engineering equipment positions.

In the Nikolaevsky direction, the enemy deployed artillery units in certain areas. In the future, attempts to conduct assault operations in the directions of Kiselevka – Posad-Pokrovskoye and Aleksandrovka – Luparevo in order to reach the administrative borders of the Kherson region are not excluded.

In the Krivoy Rog direction, the occupiers are carrying out engineering improvement of positions.

In addition, the enemy continues to block civilian shipping in the northwestern part of the Black Sea. In readiness for the use of missile weapons are five carriers of sea-based cruise missiles of the Caliber type.

Earlier it was reported that Russian troops could capture Lisichansk.

Germany is developing a draft Marshall Plan for Ukraine