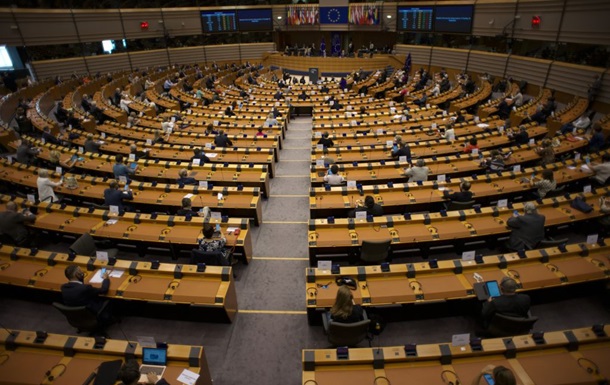 The final decision on granting countries the status of candidate members of the bloc should be taken by EU leaders at today’s summit in Brussels.

The European Parliament adopted a resolution that supports granting Ukraine and Moldova the status of candidates for joining the European Union. This was announced on Twitter on June 23 by the head of the EP, Roberta Metsola.

“An unequivocal and strong position of the European Parliament. Today, the European Commission must grant candidate status to Ukraine and Moldova, and the same path for Georgia,” the politician said.

Metsola is confident that this will demonstrate leadership, determination and perspective in the context of Russia’s war against Ukraine.

“The EU remains a reliable partner and a trustworthy geopolitical player,” the President of the European Parliament stressed. 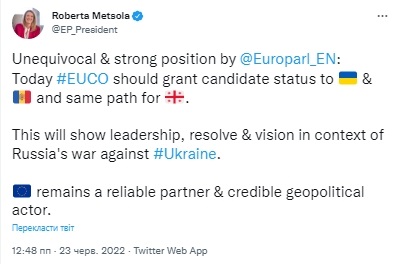 Earlier, the head of the European Council, Charles Michel, expressed confidence that the leaders of the European Union would grant the status of candidates for joining the bloc to Ukraine and Moldova.

Recall that the final decision on the fate of the countries will be made at a two-day EU summit in Brussels on June 23-24.

In Kherson, the invaders seized the scientific library