A superior order prevented former Education Minister Milton Ribeiro from being transferred from São Paulo to Brasília, according to a letter from Federal Police (PF) delegate Bruno Calandrini sent to the team of Operação Acesso Paigo, according to an investigation by the Federal Police. CNN Brazil.

The delegate also said that there was “interference in the conduct of the investigation” and that he does not have “investigative and administrative autonomy to conduct the Police Investigation of this case with independence and institutional security”. According to Calandrini, the former minister of the government of Jair Bolsonaro (PL) was received “with honors that do not exist in the law”.

This Thursday (23), the PF opened an investigation to analyze whether there was any interference in the operation. “Considering rumors of possible interference in the execution of Operation Acesso Pago and aiming to guarantee the autonomy and functional independence of the Federal Police Chief, as guaranteed by Law No. of interference, seeking the total clarification of the facts”, said the PF. 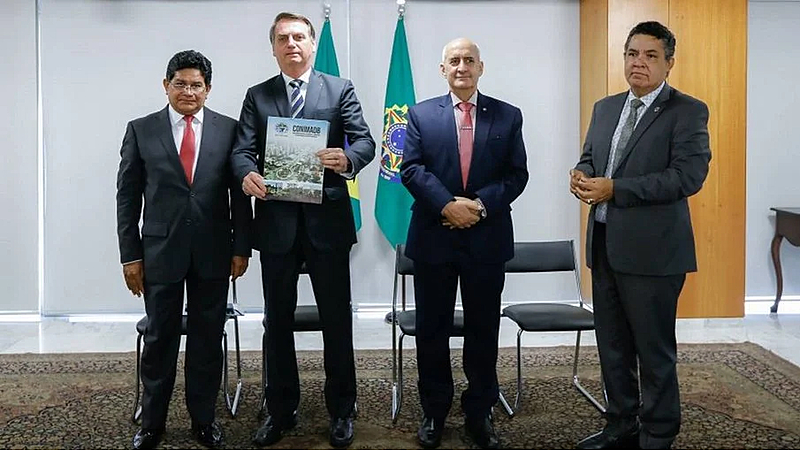 Despite accusations of interference, investigations against the former minister are ongoing. He is accused of passive corruption, malfeasance, administrative advocacy and influence peddling in an alleged bribery scheme for the release of resources from the National Education Development Fund (FNDE) to city halls, brokered by lobbyist pastors Gilmar Santos and Arilton Moura.

Milton Ribeiro was released this Thursday (23), after federal judge Ney Bello, of the Federal Regional Court of the 1st Region (TRF-1), revoked the preventive detention of the former minister and Gilmar Santos and Arilton Moura.

The PF classified the work of the pastors and Milton Ribeiro in the Ministry of Education as a “criminal organization” that acted in an “aggressive” way in documents sent to Justice. According to the agency, the pastors received “honors and prominence in public performance” from the ministry.

The PF investigation uses, among other elements, a report from the Comptroller General of the Union (CGU), which had already received complaints against the actions of those involved in the Ministry of Education.

According to the agency, Arilton Moura mediated a meeting of a businessman from Piracicaba, in the interior of São Paulo, at the Ministry of Education, after having requested R$ 100,000 for missionary works in his church.

A transfer between the ex-minister’s wife, Myriam Ribeiro, and the daughter of pastor Arilton Moura, of R$60,000, referring to the sale of a 2016 Kia Sportage model car, was also in the PF’s sights. The value, the agency took into account, would be below the market price of the vehicle.

The PF also discovered, during a telephone intercept authorized by the Justice, that Milton Ribeiro and Arilton Moura had secret telephone numbers to communicate with. “It was discovered that the targets Milton, Arilton, and Luciano (Musse, former project manager of the Executive Secretariat of the MEC) have cell phone numbers that were unknown until then and that must be included in any new interception decision”, wrote the PF in a report sent to the Federal Public Ministry.

The Ministry of Defense and the Armed Forces sent the Attorney General’s Office (PGR) a crime report against the PDT’s pre-candidate for the presidency, Ciro Gomes, for “irresponsible” statements.

The pedestrian said, last Tuesday (21), that the Armed Forces are conniving with the crimes that occur in the Amazon. Gomes even said that drug trafficking receives protection from Brazilian authorities.

“Bolsonaro destroyed the very few command and control bases: he dismantled ICMBio, dismantled Funai, dismantled Ibama, destroyed the operational capacity of the Armed Forces, which have no effect, funds, technology to manage the immense stretch of dry border”, said in an interview with CBN radio. “And that ended up transforming the territory into this holding of crime, clearly protected by Brazilian authorities, including the Armed Forces.”

The statements “severely affect the reputation and dignity” of the institutions, according to the Defense and Armed Forces. “It is not admissible, in a democratic state, for unfounded accusations of crime to be made without the necessary identification of the author by the accuser and without the due presentation of evidence, even more when directed to perennial institutions of the Brazilian State”, say the organs.

Ciro Gomes would have practiced the act of “publicly inciting animosity between the Armed Forces, or against constitutional powers, civil institutions or society” and “propagating facts, which he knows are untrue, capable of offending the dignity or undermining the credit of the Armed Forces or the trust they deserve from the public”.

On his Twitter account, the pedestrian released a note rebutting the Armed Forces’ accusations. “At no time did I say that the Armed Forces, as state institutions, would be involved with this criminal holding company. I stated – and I reaffirm – that given the resourcefulness with which a type of parallel state operates in the area, it is impossible not to imagine that some members of security forces may be colluding by intent or omission,” the text reads.

1. I was surprised by an aggressive and untimely note from the Armed Forces command, which, in addition to decontextualizing what I said in an interview with @CBNoficialthreatens me with crime news, wrongly based on articles 286 of the Penal Code and 219 of the Military Penal Code. pic.twitter.com/eiIc3MmDwz

Minister Raul Araújo, of the Superior Electoral Court (TSE), rejected a representation against Bolsonaro and First Lady Michelle Bolsonaro, for alleged early electoral propaganda, which had been presented by the National Directorate of the Workers’ Party.

In the representation, the acronym questioned a material, broadcast on national television on Mother’s Day, which exalted the Bolsonaro government for 4 minutes and 15 seconds. “The represented Jair Bolsonaro, president of the Republic, used the image of the current first lady as a commercial campaign strategy in favor of his candidacy for reelection”, justified the PT. 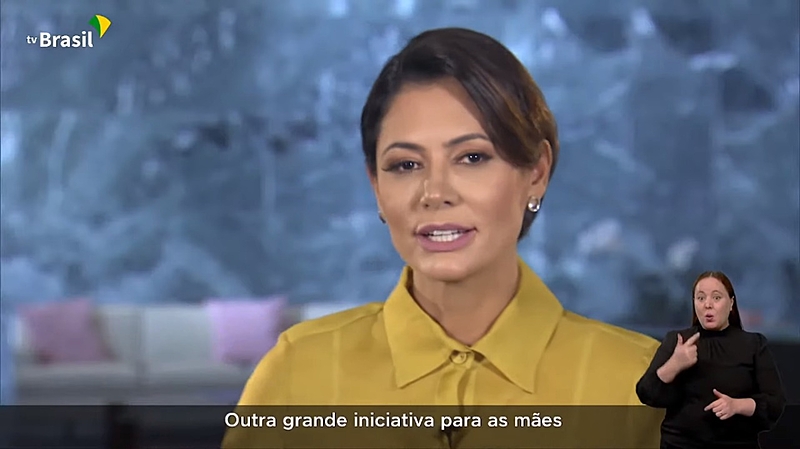 Michelle Bolsonaro said that “the federal government has implemented a series of actions that benefit Brazilian mothers”, in material broadcast on national television / Reproduction/Youtube/TV Brasil

“The speech was restricted to informing about the feasibility of access to credits, reimbursement of daycare expenses, FGTS release, employability and health of women and mothers. In fact, the speech was strictly limited to exposure and clarification to the population, in a very objective way, of the situation that generated the call, that is, the celebration of Mother’s Day”, he wrote.

Ricardo Teixeira do Valle Pereira, president of the Federal Regional Court of the 4th Region (TRF-4), maintained the suspension of the process of the Federal Audit Court (TCU) against the former coordinator of the extinct Lava Jato de Curitiba, Deltan Dallagnol, this Thursday (23).

The TCU ordered Dallagnol, who would have used public funds to pay for tickets and daily rates, to return R$ 2.8 million. In February of last year, a report by the Poder360 showed that, in seven years of Lava Jato, R$ 7.5 million were spent on daily rates and tickets. 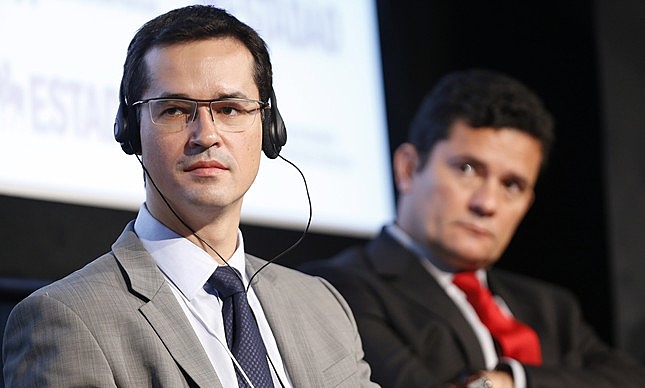 The president of TRF-4 understood, however, that Dallagnol’s behavior does not represent “damage to public order”. In his decision, he justified that, “a priori, the matter dealt with has no relation to or reflection on public order. And even less, the lashed decision can be considered tending to cause serious damage to order”.

July in Ukraine will be warmer than usual - hydrometeorological center