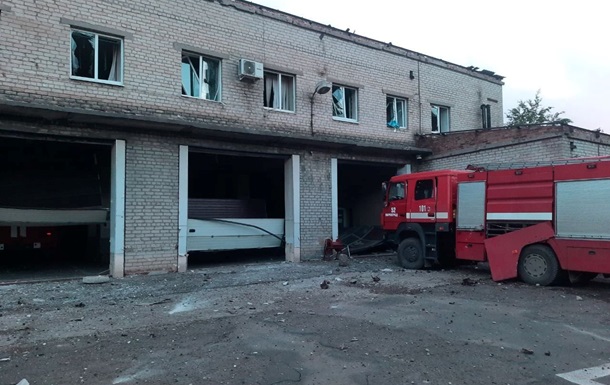 Four rescuers were injured. There are no casualties among the personnel of the unit, according to the press service of the State Emergency Service.

In Konstantinovka, Donetsk region, Russian troops fired on a fire station. During the shelling, four rescuers were injured. About it reported press service of the State Emergency Service.

“No laws and conventions are written to the Orcs. In particular, the Geneva Convention, which protects firefighters during the war. Tonight, Russia once again shelled the city of Konstantinovka in the Donetsk region. More precisely, the building of the fire and rescue unit. Four rescuers were injured. Fortunately, there is no composition of the unit,” the message says.

On the night of June 24, Russian troops hit the Polytechnic sports complex on Alchevskikh Street in Kharkov with two missiles. A fire broke out at the site of the attack.

Biden flashed a cheat sheet at the meeting

The BepiColombo probe showed a picture of Mercury