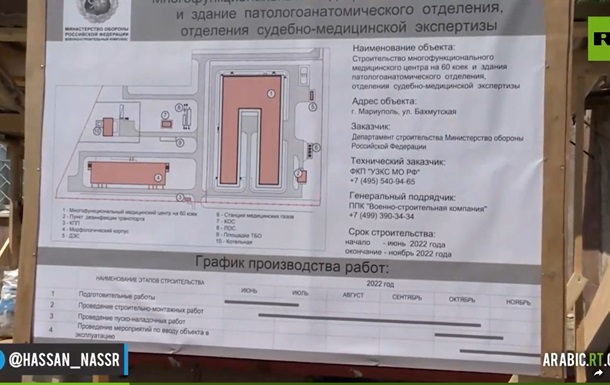 In Mariupol, the Russian invaders started the construction of a medical complex for 60 people

In a medical institution with 60 beds, almost half should be given over to the morgue. But in general it should look like a military hospital.

In Mariupol, the Russian invaders started building a medical complex for 60 people, a significant part of it is reserved for the morgue. About it on Facebook informed Deputy of the Mariupol City Council Maxim Borodin.

“The Russian occupiers first destroyed all hospitals and medical institutions, and now they are building their next “analogue GOVNET”! As many as 60 beds in an incomprehensible “multifunctional center”, almost half of which will be occupied by a mortuary,” Borodin wrote.

In his opinion, it looks like the construction of a military hospital and a morgue with him. And they plan to make Mariupol a buffer zone between Ukraine and Russia.

Recall, earlier it was reported that in the occupied Mariupol, the Russians are building fortifications under the guise of residential buildings.