The swimming season will not open in all areas this summer 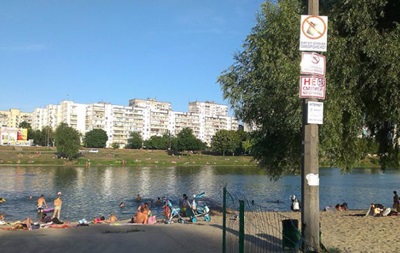 You need to swim exactly in the places determined by the military administrations and local authorities.

Lifeguards told where you can swim. Reservoirs in many areas are still polluted with explosive objects.

In Ukraine, local authorities have identified 240 water recreation sites, of which 194 are equipped with beaches. Oleksandr Khorunzhiy, press officer of the State Emergency Service, spoke about this at a briefing at the Media Center Ukraine.

The areas under occupation or those where hostilities were or are ongoing did not start the swimming season. We are talking about the Kiev region, in particular, the city of Kyiv, Donetsk region, Chernihiv region, Mykolaiv region, Odessa region and Sumy region.

“These are regions where we stubbornly do not recommend going on vacation by the sea or water bodies at all. They can be contaminated with a huge amount of explosive objects,” says Khorunzhiy.

Where the swimming season was open, people should know one rule – you need to swim in the places determined by the military administrations and local authorities.

“These places are equipped with rescue posts, cleared. Also, they should be free of fast currents and have a gentle slope into the water,” the press officer says.

According to Khorunzhy, rescuers have already cleared about 33 hectares of water areas from explosive objects, the largest number of which is in the Kyiv region.

Currently, work is underway in the Sumy, Mykolaiv and Zaporozhye regions.

Recall that earlier in Kyiv, all the beaches and recreation areas near the water were examined by specialists for the absence of explosive objects.

The enemy is trying to surround Lisichansk - Ministry of Defense