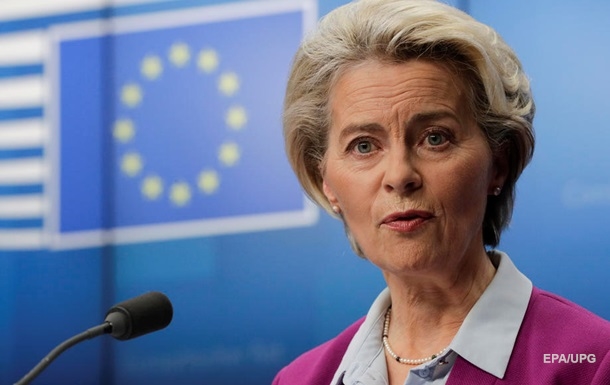 The European Union has already introduced six packages of sanctions that seriously undermine the economy of the Russian Federation.

The European Union will no longer be able to return to normal relations with Russian President Vladimir Putin. This was announced on Friday, June 24, by the President of the European Commission, Ursula von der Leyen, reports TSN.

At the same time, she noted that this terrible and criminal war lies on Putin’s conscience. In addition, she called the head of the Kremlin a criminal who “should pay for everything.”

“He is a criminal and as a criminal he must pay the price he made us pay. Pay for the damage he caused. Consequently, we have introduced six packages of sanctions that are seriously undermining the Russian economy. Deeper and deeper – the longer they drag on. It is impossible for us to return towards normal relations with Putin,” said Ursula von der Leyen.

She added that Putin will not be able to win this war anymore, and Ukraine will win.

Recall that the European Union approved the decision to allocate 9 billion euros in aid to Ukraine.

On the eve of the European Council granted Ukraine the status of a candidate for entry into the European Union. This decision was unanimously supported by all EU leaders during the summit in Brussels.

Earlier, British Prime Minister Boris Johnson called on the G7 countries and NATO allies not to persuade Ukraine to agree to unfavorable peace terms in light of Russia’s prolongation of the war.

Cisco will gradually stop working in Russia and Belarus

"Russia will directly or indirectly pay for the reconstruction." How the EU and the international court will investigate the crimes of the Russian Federation in Ukraine