Leaders of municipal health workers met with the municipal secretary of Health, Mauro Sparta, this Thursday afternoon (23), to discuss the privatization of Health Units in Porto Alegre, which has been implemented since the previous government, by Nelson Marchezan (PSDB). The coordinator of the Council of Health Representatives (CORES/Simpa), Alberto Terres, reported that the secretary reiterated the policy. “He said that the elected project was that of Mayor Sebastião Melo (MDB), therefore, health entrepreneurship is within the elected policy and the process will continue”, he says.

Even so, a meeting was rescheduled for the next week to give feedback. Sparta then withdrew from the meeting and left Assistant Secretary Richard Dias talking to the workers’ leaders. As for the question raised by the Union of Municipalities of Porto Alegre (Simpa)that the servers were being relocated through messaging applications, the assistant secretary said that, as of Friday (24), communication will be made official through communications by e-mails. 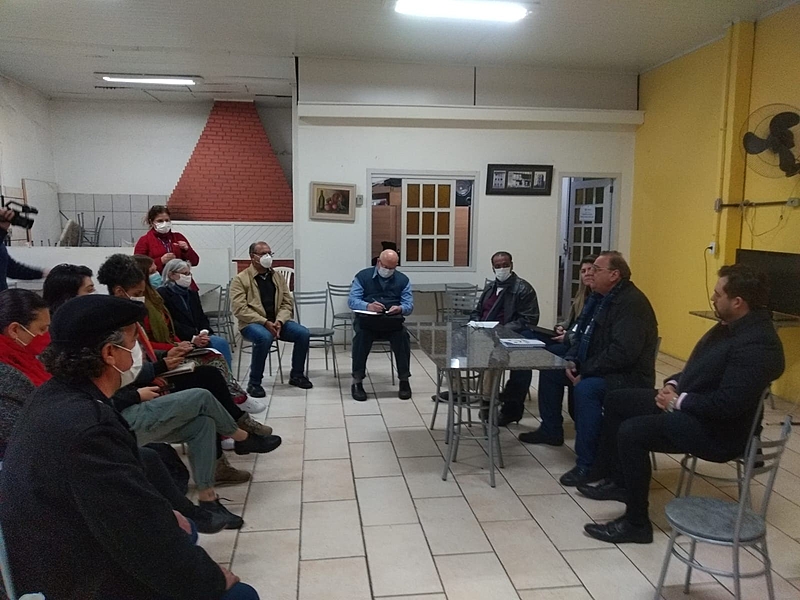 The mobilization of workers intensified this week due to the speed of the privatization process of the administration of Basic Health Units in the municipality. Porto Alegre has 87% of its municipal health network equipment delivered to the private sector, with 103 units already outsourced. The government also intends to outsource 15 more primary care posts.

On Monday afternoon (20), an act was held in front of the Municipal Health Department (SMS) against outsourcing in public health in Porto Alegre. At the event, promoted by Simpa, Cores Saúde, the Municipal Health Council (CMS) and the community, the protesters demanded the suspension of the process of handing over SUS care services to the private sector and defended that the system be completely public and state-owned. The act was part of a series of demonstrations that have been made in various health facilities in Porto Alegre, denouncing the damage that outsourcing, partnership and privatization cause to care and workers.

During the protest, participants recalled that health is not a commodity, but a human right guaranteed in the Constitution, and that it is up to the State to guarantee this right to the entire population. They also highlighted the fundamental role of the SUS in the daily lives of all Brazilians, especially in the health crisis caused by the new coronavirus. But the main point made was that outsourcing facilitates the diversion of public resources and corruption, in addition to discontinuing services and making service and working conditions precarious.

Upset with the protest, Melo supporters threw hot water and mustard on protesters from above the SMS building, an action vehemently repudiated by Simpa and participants. 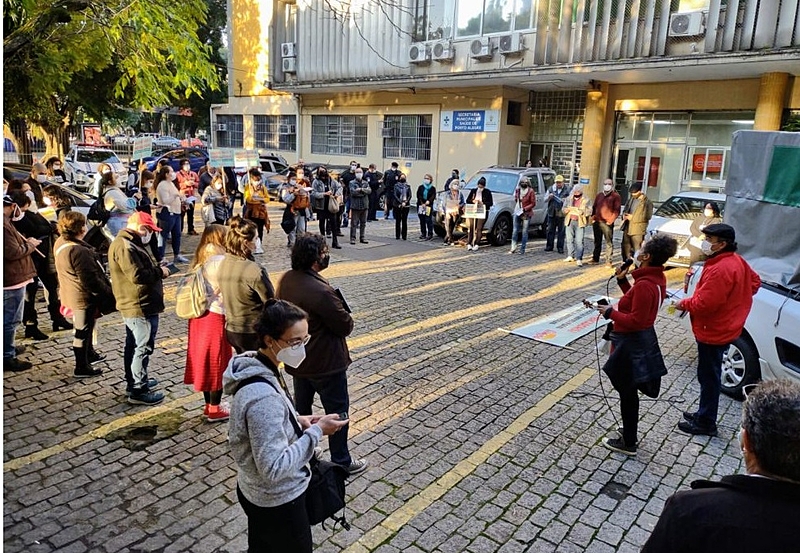 Act in defense of the SUS and against outsourcing in front of the Municipal Health Department / Photo: Katia Camargo/CMS/POA

On Tuesday (21), representatives of Simpa and Cores Saúde, accompanied by legal counsel, filed a request for authorization with the Court of Justice of Rio Grande do Sul (TJ-RS) along with the action for the execution of the adjustment term of conduct, promoted by the Public Ministry of RS, which questions health outsourcing in Porto Alegre, drawing attention to the progress of contracts or agreements in the Capital.

Simpa’s request points out that the Melo government is extrapolating the complementary character of outsourcing in the SUS, making it a norm. The union emphasizes that these companies make public service worse and find it easier to divert resources, as they do not need to be accountable to social control. In addition, it harms the population by the precariousness of care, loss of bonds already established in the communities and by employing, in a precarious way and with low wages, health workers.

This Thursday (23), at noon, there was a demonstration by workers, in front of the IAPI Post, one of the next units to be outsourced. About 100 protesters carrying placards challenged the mayor’s policy, while leaders headed for a meeting with secretary Mauro Sparta.

The report of Brasil de Fato RS contacted the Municipal Health Department of Porto Alegre, via email sent this Thursday afternoon, in order to obtain the official position of the folder on the situation of outsourcing in health in the city. There was no response until the publication of this article and the space remains open in case the secretary responds.

Dnepr-1 has already decided on candidates to replace Jovičević – media