Results 24.06: On the brink of disaster and EU assistance 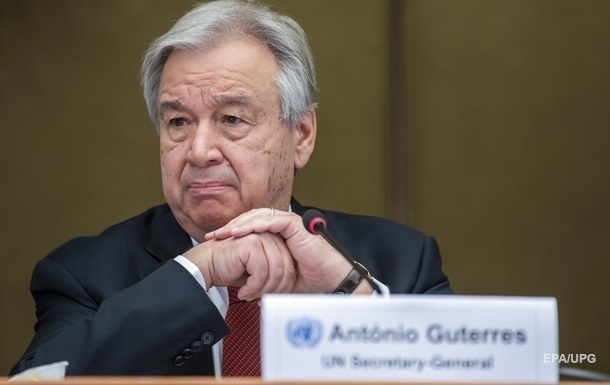 This year, the problem of hunger threatens many regions; The European Union has decided to allocate financial assistance to Ukraine in the amount of 9 billion euros. Perild.com highlights the main events of yesterday.


World in danger of catastrophe – UN

As early as next year, the world may face a catastrophe due to the growing food shortage due to the war in Ukraine. This was stated by UN Secretary General Antonio Guterres. According to him, the UN is working on an agreement that will allow Ukraine to export food, including through the Black Sea, and will allow Russia to supply food and fertilizer to world markets without restrictions. He also noted that crops in Asia, Africa and the Americas will suffer as farmers around the world struggle to cope with rising fertilizer and energy prices.

Following the summit, the European Council decided to provide macro-financial assistance to Ukraine in the amount of up to nine billion euros. The European Council also calls on the Commission to quickly submit its proposals for the European Union’s support for the development of Ukraine in cooperation with international partners, organizations and experts.


G7 adopted a statement on Ukraine

The G7 foreign ministers urged Moscow to stop attacks and threatening actions and unblock Ukrainian Black Sea ports for food exports. They expressed their support for the UN efforts to urgently open the Black Sea route for grain and the European Commission Action Plan for EU-Ukraine Solidarity Pathways to transport grain by road, rail and barge to world markets, to which the G7 countries are actively contributing.


The Kremlin commented on the candidacy of Ukraine in the EU

Granting the status of candidates in the European Union to Ukraine and Moldova is an internal affair of Europe, said Kremlin spokesman Dmitry Peskov. According to him, these processes should not lead “to a further deterioration of Russia’s relations with the EU, because they are already pretty spoiled.”

Russian invaders seized Gorske, Luhansk region. The breakthrough occurred in the direction of Orekhovo – Toshkovka. At the same time, in the self-proclaimed “LPR” they declare that they have taken control of not only Gorsokiy, but also Zolote. And the Ministry of Defense of the Russian Federation claims that up to two thousand soldiers of the Armed Forces of Ukraine and dozens of pieces of equipment have been encircled in this area.

A protest action was held in the center of the Georgian capital Tbilisi in front of the parliament building. Participants demanded that the authorities comply with the requirements of the EU for the country to obtain the status of a candidate for membership. President of Ukraine Volodymyr Zelensky addressed the audience. The Ukrainian President stated that he believes in the European future of Georgia and promised that Ukraine will help the Georgian people on this path.

The document states that Bulgaria will support the European integration of North Macedonia only if it effectively implements the 2017 Neighborhood Treaty and guarantees the rights of Macedonian Bulgarians by enshrining them in the constitution. Bulgaria has been blocking the start of EU negotiations with North Macedonia for a long time. This is due to Sofia’s disputes with Skopje over history and language.

The EBU has announced the final pop decision regarding the venue of the Eurovision Song Contest 2023. The broadcaster said that it will not take place in Ukraine. It is noted that the rules of the song contest, which all participating broadcasters agree to, clearly state that the event can be rescheduled in force majeure situations, in particular, such as ongoing war.

Genetic analysis shows that despite the rise in cases, the virus has been circulating quietly among humans since 2018. European health officials have already identified two versions of monkeypox among American patients, suggesting at least two separate chains of transmission. Investigators in several countries found cases with no known source of infection, indicating undetected community spread. The genetic information indicates that at some point in the last few years, the virus began to spread better between people.


Named the best city to live in

Vienna has become the best city to live in the world. The capital of Austria topped the ranking after a two-year break. In 2022, Copenhagen took second place, Zurich and Calgary shared third place, and Vancouver came in fifth. The top ten included Geneva, Frankfurt, Toronto, Amsterdam, Osaka and Melbourne. Due to the events in Ukraine, the positions of Warsaw and Budapest worsened, and Kyiv completely dropped out of the rating.

The village of Desna, Chernihiv region, came under fire again