The Ukrainian military showed how they destroy the enemy column 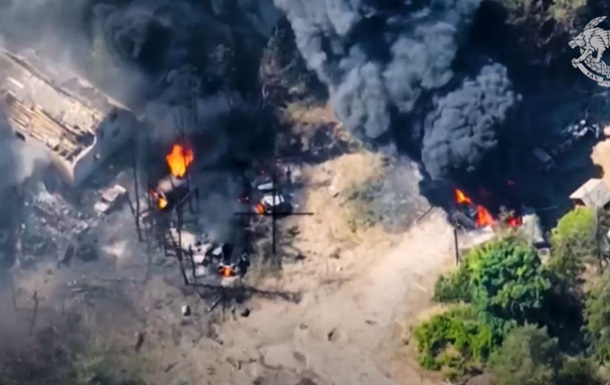 Special forces showed how to destroy the enemy column

“Firstly, it is beautiful. But, first of all, it is necessary. It is no secret that enemy artillery has an advantage over ours. Therefore, it is always a priority target for Ukrainian soldiers. And especially when it comes to large-caliber systems. MTR reconnaissance Ukraine in the Donetsk region found an enemy convoy, numbering six MLRS Uragan, transport-loading vehicles, fuel trucks, trucks, fire control vehicles, armored personnel carriers and infantry fighting vehicles.

The soldiers of the SOF successfully coordinated the artillery and corrected the fire of the Ukrainian guns.

Recall that Ukrainian attack aircraft and helicopters attacked the Russian military near Snigirevka and Aleksandrovka on the border of the Nikolaev region.

It was also reported that the Armed Forces of Ukraine repulsed the attack on Maryinka.