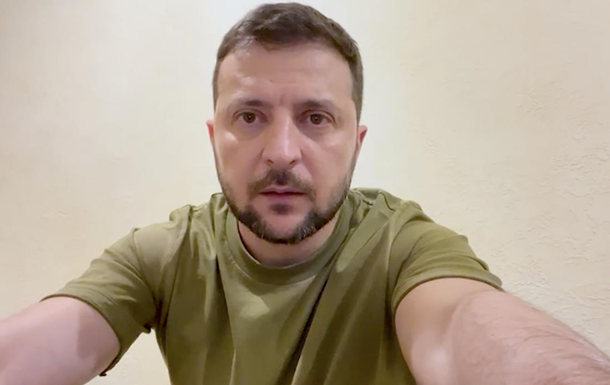 In the fifth month of the war, the invaders are forced to arrange a “rocket show”, which strategically changes nothing, the Ukrainian leader states.

On the night and morning of Saturday, June 25, Russian troops fired 45 rockets into Ukraine in order to show that the Russian Federation could supposedly do something else. This was stated by President Volodymyr Zelensky in a video message following the results of four months of the war.

“Today, the fifth month of a full-scale war began. The occupiers were going to seize most of our country on the fifth day, but they were forced to stage such a rocket show that strategically changes nothing for Russia,” he said.

According to the head of state, a difficult, morally and emotionally, period has begun for Ukrainians.

“When we know that the enemy will still fail, when we understand that we can still protect our state, but we don’t feel the time limits for this, we don’t feel how many more blows, losses, efforts will be before we see that victory is already on our horizon,” Zelensky said.

The Ukrainian leader expressed confidence that, despite all the efforts of the enemy, the Armed Forces of Ukraine would “pressure” the invaders and lead Ukraine to victory.

Recall, the Command of the Air Force of the Armed Forces of Ukraine reported that during the massive shelling of Ukraine on June 25, Russia resumed launches of Iskanders from the territory of Belarus and for the first time used Tu-22M3 long-range bombers from the airspace of this country.


The shelling of the Rivne region: three dead, there are wounded