Basic sanitation is a right of every citizen. Article 158 of the Constitution of the State of Minas Gerais also provides for basic sanitation to be the focus of priority investments. The state has one of the largest sanitation companies in the country, Companhia de Saneamento de Minas Gerais (Copasa), built with public resources.

But this very fundamental right is not guaranteed. On the contrary, predatory mining and privatizations threaten the supply of millions of people and promise to transform treated water and sewage services into merchandise and privilege. How will the issue be addressed in this year’s elections? What should be the priorities of the elected?

To address the issue, the Brasil de Fato MG interviewed Eduardo Pereira, a worker at the state-owned company, licensed president of the Union of Workers in the Water Purification and Distribution Industries and in State Sewage Services (Sindágua) and licensed environmental director at the Central Única dos Trabalhadores (CUT) in Minas Gerais.

Read too: Is there an alternative to the predatory exploitation of mining companies?

Check out the interview:

Brasil de Fato: In Minas Gerais, mining companies wield great power. How can this compromise sanitation in the state?

Eduardo Pereira: In the short term, nobody notices the impact of mining on water resources, but it is gigantic. Mining deforests and messes with our water tank, the water table. When we analyze the mining companies or the eucalyptus plantations, we see that, in up to 12 years, the springs that supplied the region are already drying up. This can change an entire water cycle.

Speaking of Belo Horizonte, more specifically, where Serra do Curral is located, the situation is very worrying. From the moment that vegetation begins to disappear, and gives way to a gigantic mining crater, we will jeopardize the entire supply of the capital.

Looking beyond Serra do Curral, in the future, if a dam rupture occurs like the one that occurred in Brumadinho, the catastrophe will be even greater. The Belo Horizonte region is very populous. This goes beyond the issue of sanitation. 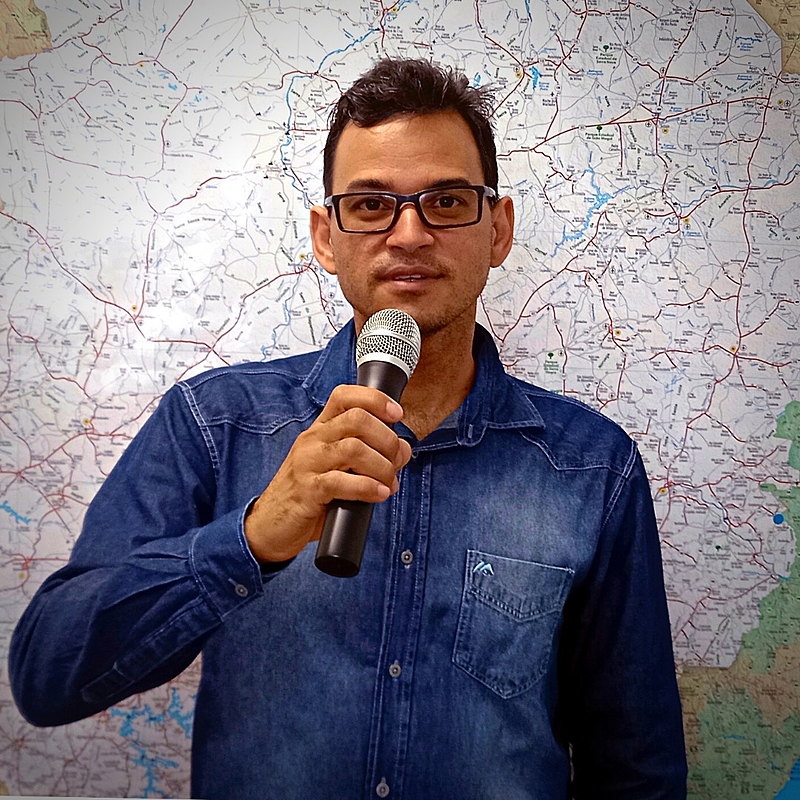 Eduardo Pereira is a worker at the state-owned company and licensed president of the Union of Workers in the Water Purification and Distribution Industries and in State Sewage Services (Sindágua) / Photo: Reproduction

The rupture of Vale’s dam in Brumadinho itself affected an alternative supply built by Copasa, in the Paraopeba System.

Yes, they are consequences of something that started wrong. In Serra do Curral, if we let this happen, there will be many inconveniences in the future. One of them is the possible rupture of gigantic water mains. No water main can withstand the weight of trucks transporting ore.

In your opinion, should Copasa take a stand against these undertakings?

Certainly, but we have a state government that has promised to privatize Copasa and anything related to water resources, it doesn’t matter to him. In an interview, Zema said: “let people who understand talk about Serra”. So, he will never guide the board to speak out against an enterprise in Serra do Curral.

The government should manifest itself, Copasa should have a technical report showing that this undertaking poses risks to the water supply in the Metropolitan Region of Belo Horizonte. But we have a government that was elected against the environment, water and public policies.

One of Zema’s promises was the privatization of state-owned companies. Now, he reaches the end of his term without fulfilling that promise and with difficulties in approving the adhesion to the Tax Recovery Regime. Is the threat of privatization removed?

However, the government tries to look for all possible loopholes, it was a campaign promise. We, who work in the sector and have more knowledge than the government, know that Copasa is efficient. In 2020, it generated and distributed more than BRL 1 billion in dividends to shareholders. In 2021, it presented a result of more than BRL 500 million. And the state has not invested. On the contrary, it is Copasa that injects money into the state coffers.

What would be the impact of privatization of sanitation on the lives of miners?

Those who don’t have information are too caught up in the speech of the government or a deputy who says that, if privatized, there will be competition and it will be better. But they do not assess the national sanitation scenario.

If you analyze the National Sanitation Information System (SNIS), you will find that Copasa, in Minas, Sabesp, in São Paulo, and Sanepar, in Paraná, are the three best in the country. These three states are the best in the country and the companies are public.

The UN’s 2030 Agenda includes the goal of bringing sanitation to all. Copasa has already been working to try to achieve this goal. And the new Sanitation Legal Framework would not be necessary for that.

What delays this process is that the State prioritizes private investors and forgets public investment. The distribution of dividends, proportionally, is greater than the investment in the sector itself.

Today, Copasa works with a cross-subsidy. Let’s think about the inequality that exists among the 853 municipalities in Minas Gerais, in which most have an HDI [Índice de Desenvolvimento Humano] medium and low. These municipalities receive the same treated water, the same tariff, the same quality. This is only possible with a public company, with cross-subsidy.

What should be the priorities of candidates who will be elected in 2022?

The first thing we are going to demand from the state government is to put an end to the water cuts, with the suspension of supply. To be against the cut, we have to have a public company. Copasa, being public, should have a program prohibiting cutting off the water supply of any customer. It should guarantee a minimum supply, for example, of 3 thousand cubic meters, for the citizen to make food, wash clothes, bathe.

Second, the goals established to reach the universalization of sanitation by 2030 must be met. Nobody discusses sanitation, nobody cares about water quality. I want to discuss sanitation, make public policies that include the low-income population.

Recently, at a public hearing in Nova Lima, residents of a poor neighborhood were complaining because there were difficulties in service at the agencies and the water supply was intermittent. Why did only low-income people complain? Because the management that is there does not see these places as a priority. You won’t see a poorly made hole in the center of the city, without water for more than a day in the richest neighborhoods. So, correcting inequalities in sanitation has to be on the agenda.

Ceará: find out who are the deputies elected to the Legislative Assembly

After counting, PT maintain optimism for the 2nd round: “It will be a pleasure to win him again”

PSDB closes 2022 elections with its worst performance since 1990