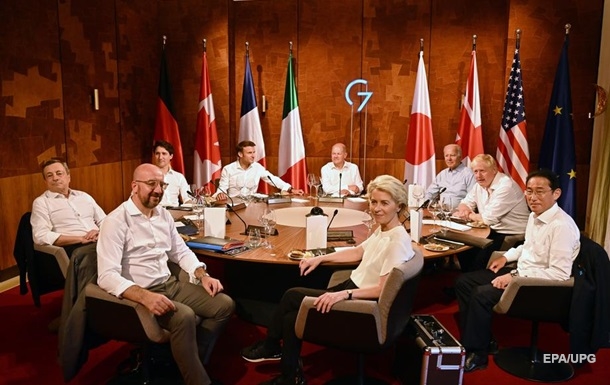 The G7 leaders are discussing the possibility of using tax revenues to support Ukraine.

The leaders of the G7 countries in the final statement of the summit want to announce their commitment to provide indefinite support to Ukraine to defend it against Russian aggression, writes Bloombergwho has read the draft statement.

“We will continue to provide financial, humanitarian, military and diplomatic support and will be on the side of Ukraine for as long as necessary,” the document says.

This wording is important against the backdrop of statements by individual countries, in particular Germany and France, about the openness of ceasefire negotiations between Ukraine and Russia.

In addition, according to Bloomberg, the G7 leaders are discussing the possibility of using tax revenues to support Ukraine.

As you know, in Germany on Sunday began the summit of the leaders of the Group of Seven. The leaders of the United States, Canada, Germany, France, Britain, Italy and Japan arrived at the meeting at Elmau Castle in the Bavarian Alps.

Against the background of the G7 and NATO summits, protests took place in Germany and Spain