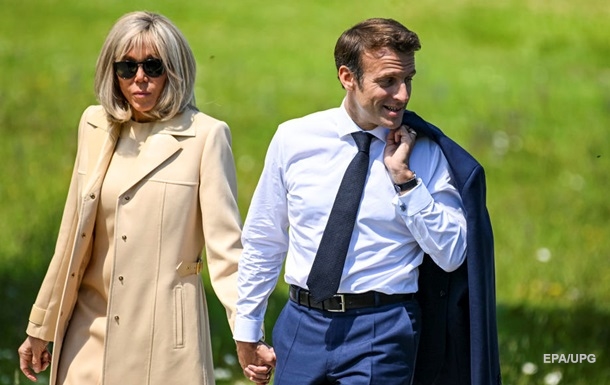 Macron and his wife at the G7 summit in Germany

The leaders agreed to continue to support Ukraine in its resistance to Russian aggression.

Johnson was told that the leaders agreed to continue to support Ukraine in its resistance to Russian aggression.

“They agreed that now is a critical moment for the further course of the conflict and there is a chance for a turning point in the war … The leaders stressed the need to support Ukraine in order to strengthen its position both on the battlefield and in any future negotiations,” the speaker said.

He added that Macron thanked Johnson for Britain’s military support for Ukraine, and the leaders “agreed to intensify this work.”

As AFP informs, also quoting the Prime Minister’s press secretary, Johnson, at a meeting with Macron, warned against agreeing to a diplomatic settlement of the situation now, since this would only lead to prolonged instability and play into the hands of Russia.

Recall that the UK is ready to additionally provide Ukraine with $525 million as guarantees for a World Bank loan at the end of 2022.

RF could default as early as Sunday evening