Results 25.06: Massive blow and protests in the USA 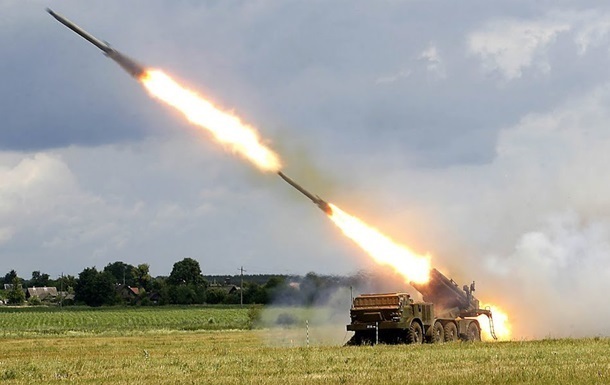 Ukraine has come under heavy rocket fire; Massive protests against the abortion ban resumed in the United States. Perild.com highlights the main events of yesterday.

Russian troops launched a massive missile attack on Ukraine, including from the territory of Belarus. In total, more than fifty missiles of various types were fired: air, sea and land-based.

Lviv, Zhytomyr, Sumy, Rivne, Dnepropetrovsk, Kharkov, Chernihiv, and Mykolaiv regions were under attack. The victims of the attack were one serviceman in the Zhytomyr region and three civilians in the Rivne region.

According to the Office of the President, the reason for the shelling is the desire of the Russian Federation to fully involve Belarus in the war.

Protests have resumed in dozens of US cities against the Supreme Court’s decision to overturn the 1973 Roe v. Wade verdict, which recognized the constitutional right to abortion. The most active protests on the second day took place outside the Supreme Court in Washington, where several hundred people gathered. The main slogans were “Not your uterus, not your choice” and “They can’t control our bodies.”

The Minister of Foreign Affairs of Ukraine Dmitry Kuleba announced the support of Moldova against the backdrop of threats from Russia because of Chisinau’s desire to impose sanctions against the Russian Federation. The Ukrainian diplomat noted that Moscow, after decades of unsuccessful policy, only has to “spit out threats.”

During the four months of Russia’s armed aggression in Ukraine, cases of the death of 339 children have been documented. According to official information from juvenile prosecutors, more than 600 minors were injured. As indicated, in fact, there are much more children who died and suffered as a result of the war.

Russian President Vladimir Putin and formal head of Belarus Alexander Lukashenko, who has been in Russia for three days, held open talks. In particular, Lukashenko said that “blocking transit” to the Kaliningrad region through Lithuania is a declaration of war, and Putin promised to transfer Iskander-M missile systems to Belarus.


Losses of the Russian army in Ukraine reached 34.7 thousand soldiers

Since the beginning of the full-scale Russian invasion, the Armed Forces of Ukraine have destroyed about 34,700 military personnel of the Russian army, of which 170 people have been killed in the last 24 hours. In addition, the defenders smashed more than ten thousand pieces of military equipment of the invaders.

Commander-in-Chief of the Armed Forces of Ukraine Valery Zaluzhny said that the M142 HIMARS multiple launch rocket systems supplied by the United States are already operating in the interests of Ukraine’s defense. With the help of new weapons, Ukrainian artillerymen masterfully hit enemy military targets.