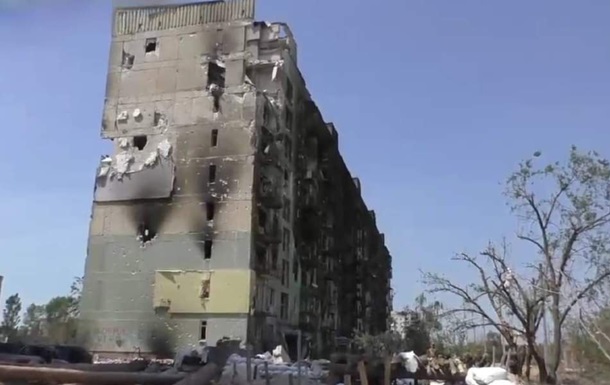 Lisichansk is almost unrecognizable. A television tower collapsed, a road bridge was seriously damaged, and buildings were destroyed.

The Russian army has concentrated its forces on the capture of Lisichansk, which remains the last unoccupied city in the Lugansk region. About it informed head of the Luhansk region Sergei Gaidai.

“After the capture of Severodonetsk, the enemy army concentrated all its forces on capturing the last fortress of the Lugansk region – Lisichansk,” he said.

According to Gaidai, the enemy is inflicting airstrikes on the city, and also shooting in the area of ​​Belaya Gora.

“There is a lot of destruction – Lisichansk is almost unrecognizable. A television tower lies on the ground, an automobile bridge is seriously damaged, there are shells hitting houses, the building of the SBU, etc. A body of a man without signs of life was found on the territory of a multidisciplinary hospital. He received numerous mine- explosive injuries,” Gaidai said.

He noted that after the withdrawal of units of Ukrainian troops, the enemy entrenched himself in Severodonetsk, Sirotin, Voronovo and Borovsk.

“Finally, the Russians shelled Azot and the State Emergency Service’s training ground in Severodonetsk, opened fire on the villages of Pavlograd and Sinetsky, tested the already destroyed and shelled bridges to Lisichansk for strength,” Gaidai said.

Recall that the General Staff said that the enemy is trying to block Lysichansk.

Earlier it was reported that not all Ukrainian troops were withdrawn from Severodonetsk, the Russian occupiers in the city continue to destroy the special forces.