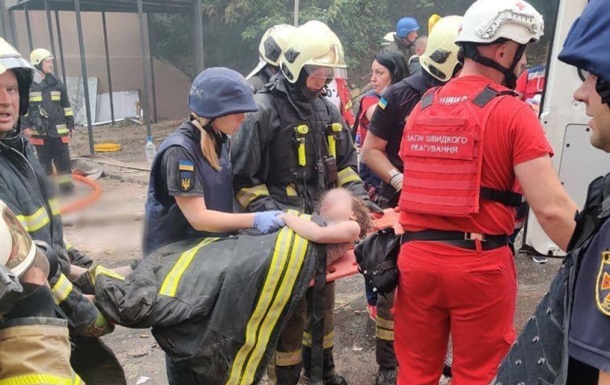 The girl who suffered from the Russian attack

On the eve of the G7 summit, the British Telegraph published a joint column by Kuleba and British Foreign Minister Liz Truss, in which they urge to ignore calls to “surrender” Ukraine in order to end the war faster.

Ukrainian Foreign Minister Dmytro Kuleba called on the leaders of the Group of Seven to strengthen sanctions against the Russian Federation after rocket attacks on Kyiv, which damaged a residential building and a kindergarten.

“This seven-year-old child was sleeping peacefully in Kyiv when a Russian cruise missile hit her home. There are many more of these children all over Ukraine under attack. The G7 summit must respond with new sanctions against Russia and large shipments of heavy weapons. The unhealthy imperialism of the Russian Federation must be defeated,” Kuleba wrote on his Twitter.


This 7 y.o. Ukrainian kid was sleeping peacefully in Kyiv until a Russian cruise missile blasted her home. Many more around Ukraine are under strikes. G7 summit must respond with more sanctions on Russia and more heavy arms for Ukraine. Russia’s sick imperialism must be defeated. pic.twitter.com/0kn2hl7A4x

On the eve of the Group of Seven summit, British The Telegraph published a joint column by Kuleba and British Foreign Minister Liz Truss, in which they call for ignoring calls to “surrender” Ukraine in order to end the war faster, on the contrary, to step up arms assistance and move towards a complete renunciation of Russian energy resources.

Recall that the first day of the Group of Seven summit, which will last June 26-28, began in Elmau Castle in Bavaria. On June 29-30, the NATO summit will be held in Madrid.

El Pais: 'largest deployment' of alliance forces to be discussed at NATO summit