What paths can the integration of a new wave of progressivism in Latin America take?

The victory of the center-left in Colombia’s presidential elections reignited the discussion about the possibility of a new stage of progressivism in Latin America, similar to what the region experienced in the early 2000s, classified as “the decade won”.

Gustavo Petro and Francia Márquez did not come to power alone. If in January 2021, the balance was heavy for conservatism, with governments advocating a liberal agenda in the economy and budget cuts for social areas, now there are at least 14 rulers akin to the left in Latin America and the Caribbean.

Given this scenario, the possibility of the election of Luiz Inácio Lula da Silva (PT) as president of Brazil, in October this year, raises expectations about a new period of regional integration.

“Now, more than ever, we have the possibility to recover, strengthen and definitively establish a modality of integration without the influence of the USA, which looks at the interests and needs of the peoples of Latin America and, for that, the international context helps us because it highlights the weakness of the Western model”, comments Tibisay Serrada, sociologist and professor at the Central University of Venezuela (UCV).

Watch: Deputy takes stock of the 100 days of Boric government in Chile and highlights “anti-neoliberal” program

In the first stage of the predominance of progressivism in the region, in the early 2000s, some instruments were created, such as the Union of South American Nations (Unasur) and the Community of Latin American and Caribbean States (Celac), which could be driven by the new center-left governments.

The Southern Common Market (Mercosur), currently under the pro-tempore presidency of Brazil, was created in 1991, but experienced the height of commercial exchange with governments at the beginning of the so-called decade.

“In the last six years, we have been experiencing a process of economic and commercial disintegration, with the decrease in intraregional trade, which is concomitant with a process of political fragmentation and polarization between and within countries”, analyzes the economist and technician at the Institute of Applied Economic Research (IPEA) Pedro Silva Barros.

After the last Summit of the Americas, held in Los Angeles between June 6 and 10, CELAC, which brings together all the countries in the region, once again appeared as an alternative to the Organization of American States (OAS).

“Latin America is going through a good moment, because the general crisis of the Western capitalist model opens up the possibility of strengthening resistance to elements that seemed impossible to abandon, such as the dollar, US-controlled organisms and even trade relations with multinationals controlled from the US”, analyzes Tibisay Serrada. 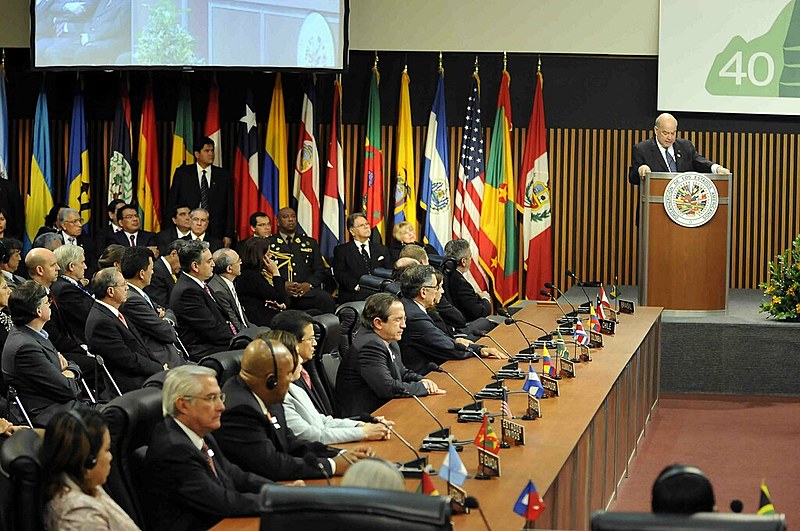 The OAS has positioned itself for the end of the government of Daniel Ortega, re-elected with just over 70% for a term that ends in 2022 / Disclosure

In addition to abandoning integration bodies created by their predecessors, the latest wave of conservative governments in the region, marked by the rise of Jair Bolsonaro (PL) in Brazil; Mauricio Macri in Argentina; Iván Duque in Colombia; Lenin Moreno and Guillermo Lasso in Ecuador; and Sebastián Piñera in Chile, also tried to promote new diplomatic initiatives.

Within the OAS, in 2017, the Lima Group was created, between Argentina, Brazil, Chile, Costa Rica, Colombia, Ecuador, Panama, Peru, Mexico, Paraguay and Uruguay, to promote hostile acts against Venezuela, arguing that the country crisis put the region at risk. From the Lima Group came the proposal to activate the Inter-American Treaty of Reciprocal Assistance (TIAR)which provides for the deployment of troops to deter some regional threat.

Learn more: Borders, diplomacy and blockade: what is at stake for Venezuela in the Colombian election?

In 2018, with some stoppage of the Lima Group, Brazil assumed the presidency of the Quito Process, group formed by Colombia, Ecuador, Panama, Paraguay, Dominican Republic, Costa Rica, Guyana, Uruguay and Chile, to discuss the Venezuelan migration crisis.

“The Lima Group was an intervention effort that started from a right-wing policy aligned with US interests”, comments Serrada.

In 2019, the Brazilian government unilaterally broke with Unasur two months before assuming the presidency of the bloc. Then, President Jair Bolsonaro, along with Colombian Iván Duque and Chilean Sebastián Piñera, announced the Forum for the Progress and Development of South America (Prosul). However, both the Quito Process and Prosul did not take off.

Andrés Manuel López Obrador’s victories in Mexico; Alberto Fernández in Argentina; Pedro Castillo in Peru; Luis Arce in Bolivia; Xiomara Castro in Honduras; Gabriel Boric in Chile and now Gustavo Petro in Colombia have emptied these spaces promoted by the right of meaning.

“This previous integration process was completely fragmented and initiatives that did not count on the participation of all countries gained space, as is the case of the Lima Group to deal with Venezuela or the Prosur Forum, which intended to be a substitute for Unasur, saying that this would be ideological and that Prosur would be pragmatic and concrete. What we saw was just the opposite”, comments the former Brazilian director of UNASUR, Pedro Silva Barros.

For the economist, Brazil, as the largest regional economic power, would have the capacity to lead the reactivation of mechanisms, such as Unasur, Mercosur and CELAC, with the participation of all interested countries, committed to a broad agenda independent of the ideology of the turn governments.

“There are many areas with themes of convergence, such as public health, during the pandemic it cost us dearly not to have the same regional governance instruments that we had previously”, analyzes Barros. 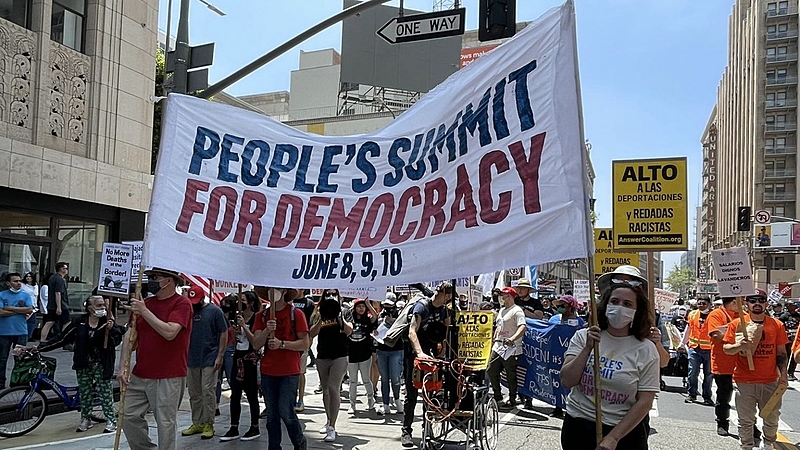 Regional integration can be central to Latin America’s post-pandemic recovery. THE Economic Commission for Latin America and the Caribbean (ECLAC) estimates that the region should have a growth of 2% by the end of 2022, reducing the forecasts for the beginning of the year. Regional forecasts are below the 3.6% global economic acceleration forecast by the International Monetary Fund (IMF).

:: Worse: 1/3 of the population of Latin America will be in poverty by the end of the year, says ECLAC ::

“More than 80% of Brazil’s exports to neighboring countries are industrialized products, while for China it is only 3% and for Europe only 35%. So the region is very strategic for the industrial recovery effort”, comments economist Pedro Silva Barros.

In the early 2000s, member countries of the Bolivarian Alliance for Latin America (ALBA-TCP) proposed the creation of Sucre as a regional currency. Now, the former minister and pre-candidate for the government of São Paulo, Fernando Haddad (PT) proposes the creation of Sur – a digital currency that stimulates intra-regional trade without depending on the use of the dollar for these transactions.

The South could be the necessary modernization of the Reciprocal Payments and Credits Agreement (CCR) of the Latin American Integration Association (Aladi)an organization created in 1980 to support trade between Argentina, Bolivia, Chile, Colombia, Cuba, Ecuador, Mexico, Panama, Paraguay, Peru, Uruguay and Venezuela.

Brazil unilaterally abandoned participation in the Aladi Agreement, by a decision of the Central Bank of April 2019.

With a regional currency and joint credit, Latin American countries, mainly Argentina, Brazil and Mexico, which are going through a process of deindustrialization, could think about financing the industry and exchanging raw materials to develop areas such as the production of fertilizers — today affected by the war in Ukraine — and mining.

The proposals to create state-owned companies for the extraction of lithium and copper, defended by the Bolivian, Mexican and Chilean governments, could pave the way for the development of cutting-edge technology, allying Brazilian industry with the Manaus Digital Hub or even helping to reactivate the automotive industry in Argentina and Brazil, with electric car prototypes.

:: Bet on COP26, lithium and electric cars could be a false climate solution ::

For the Executive Secretary of the Latin American Council of Social Sciences (Clacso), Karina Batthyany, the new progressive governments should think of Latin American integration as a way of developing economies and politically fighting social inequalities.

“And that involves reinforcing sovereignties at the national level, working on sovereignty in a broad sense. And it must be promoted despite the apparent new division of the world into two blocs and the increase in China’s influence in the region, which has become a major player for all Latin American countries”, argues Batthyany. 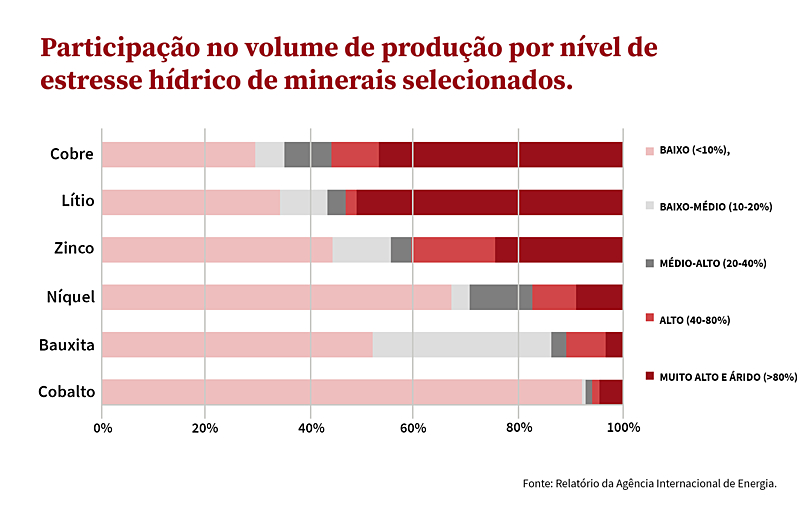 More than 50% of current lithium and copper reserves are concentrated in places of high water stress. / Infographic: Brasil de Fato

In April of this year, Bolivia reduced its gas supply to Brazil by 30%, preferring to export to Argentina, which now receives 14 million m³ of gas per day from the neighboring country. “This is not a socialist plot, it is a matter of commercial opportunity.” declared the Bolivian Minister of Energy and Hydrocarbons, Franklin Molina.

Currently, Petrobras and the Bolivian state company YPFB (Bolivian Fiscal Oil Fields) live a controversy over a contract signed during the administration of former coup president Jeanine Áñez. The agreement provided for YPFB to pay for the transport of gas to Brazil on the Bolivian side of the Gasbol pipeline, generating a cost of around US$70 million per year. Due to the differences between the two state-owned companies, today Brazil receives only 4 million m³ per day, 10 million m³ less than what was contracted.

In addition, by 2026, Paraguay would have already paid its share of the energy supply and the Itaipú treaty, a hydroelectric plant that supplies about 10.8% of the energy consumed in Brazilian territory and 88.5% of Paraguayan consumption, should be reviewed.

Another sensitive issue from the energy point of view is the relationship with Venezuela. Since 2019, Brazil has decided to stop buying energy from PDVSA and has reactivated thermoelectric plants to supply the state of Roraima. The operation involves importing diesel oil and is seven times more expensive for the consumer.

:: Venezuela: key to oil distribution in the West? ::

Ipea economist Pedro Silva Barros argues that it is time to plan the creation of a common energy market, as the region is home to the largest oil reserve in the world, in Venezuela; one of the largest gas reserves in Bolivia; in addition to being one of the regions with the best conditions to explore renewable energy sources.

“As important as trade and industrial integration is the energy agenda. With this, it would be possible to recover in the short term the lost interdependence. Creating a South American energy market could be faster”, concludes Barros.

Venezuelan sociologist Tibisay Serrada agrees. “Someone could say that this is an idealistic point of view, that the implementation of a model of integration in Latin America dreamed of by the liberators and thought of by the last progressive leaders would be an illusion, but I believe that beyond the dream and hope, what exist today are data and facts that allow us to point to that path”.