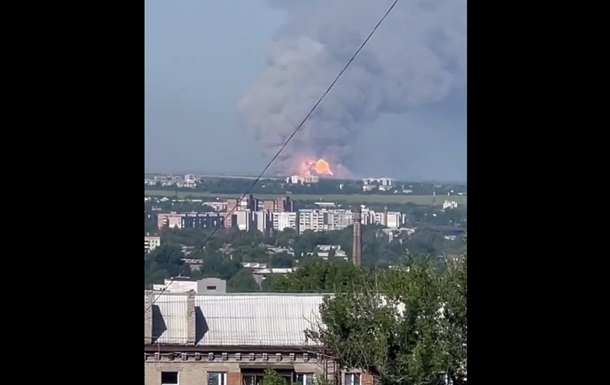 Fire at the Russian ammunition depot

Ammunition is detonated from a fire in a warehouse, a high column of smoke is visible for many kilometers.

An ammunition depot of the Russian army is on fire in the occupied Zymogorie, Luhansk region. This was announced on Monday, June 27, by the Center for Strategic Communications of the Armed Forces of Ukraine.

“We would like to note separately that this object is located about 50 km from the positions of the Armed Forces of Ukraine. Whoever understands, understands,” the message says.

A video of the fire has also been released.

Recall that a few days earlier, Commander-in-Chief of the Armed Forces of Ukraine Valery Zaluzhny said that the M142 HIMARS multiple launch rocket systems transferred by the United States were already in Ukraine and were destroying the enemy.

President of Moldova arrived in Kyiv

The military has not left Severodonetsk yet - mayor