Attack on the shopping center in Kremenchug: data on the dead appeared 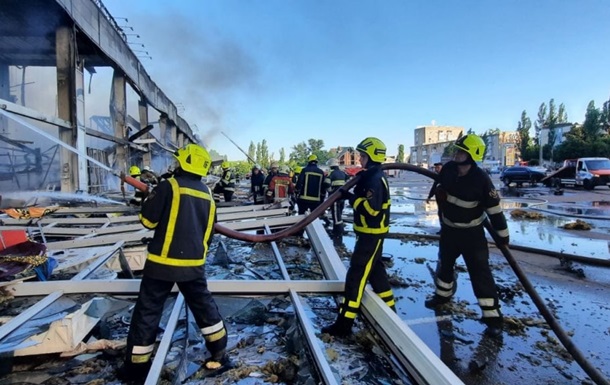 The fire area in the building is 10,300 sq. m. The fire train of Ukrzaliznytsia and the MOG of the State Emergency Service of Ukraine follows the place of the fire.

As a result of an enemy missile attack on a shopping center in Kremenchuk, Poltava region, two people were killed and 20 people were injured. This is reported GSChS.

It is noted that information about the victims is being clarified, rescuers continue to work on the spot.

The fire area in the building is 10,300 sq. m. 115 people and 20 units were involved in extinguishing. GSChS technicians.

It is also reported that the fire train of Ukrzaliznytsia and the Ministry of Defense of the State Emergency Service of Ukraine is going to the place of the fire.

Recall that today, June 27, Russian troops attacked the Poltava region. The hit happened in a civilian object in Kremenchug.

As President Volodymyr Zelensky wrote on Telegram, the blow fell on the mall, where there were more than a thousand people.

Sanctions and trolling Putin. Outcomes of the G7 summit