Borrell calls on the EU to abandon the principle of unanimity 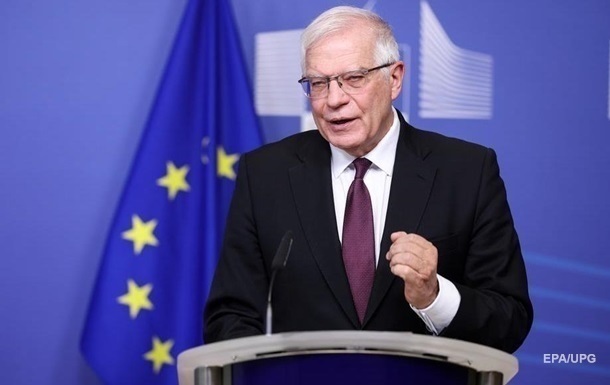 At various times, Brussels paid for the principle of unanimity in the EU’s foreign policy, “weakening and delaying its actions,” the diplomat said.

It is time for the European Union to abandon the principle of unanimity in making strategic and life-changing decisions. About this on Monday, June 27, declared Head of EU diplomacy Josep Borrell in his blog.

“As we revitalize EU enlargement, we must make similar efforts to reform the EU and the decision-making process. This means reducing the scope of the unanimity rule in foreign policy and other areas in order to make more decisions by qualified majority votes,” the diplomat said. .

He recalled that at different times Brussels paid for the principle of unanimity in the EU’s foreign policy, “weakening and delaying its actions.” At the same time, he gave an example with the introduction of sanctions against the Russian Federation, when Patriarch Kirill disappeared from the “black” list.

“At the end of May, we reached an agreement on the 6th package of sanctions against Russia. But it took us a month. And I regret that some final provisions were softened, and Patriarch Kirill was excluded from the list of sanctioned persons, despite the fact that his presence on the list was not disputed during the discussions at the meeting,” Borrell said.

According to him, it is of great importance whether the decision is taken unanimously or by a qualified majority of votes.

The head of diplomacy explained that if countries know in advance that the final decision can be made by a qualified majority, they have a strong incentive to negotiate and build consensus. If they know they can block everything, they have no incentive to reach a healthy compromise.

“They can sit in their positions, forcing others to change. And the more outsiders are considered successful in their tactics, the more this dynamic spreads, and now vetos occur more often than in the past,” he stated.

As reported, on June 3, the EU Council approved the sixth package of anti-Russian sanctions that affect the economic sector, as well as a number of individuals from Russia and Belarus. The primate of the Russian Orthodox Church was removed from this “black” list at the insistence of Hungary.

Arestovich said whether Ukraine will respond to Russian missile strikes