Bridge across the longest river in Crimea collapsed in Simferopol 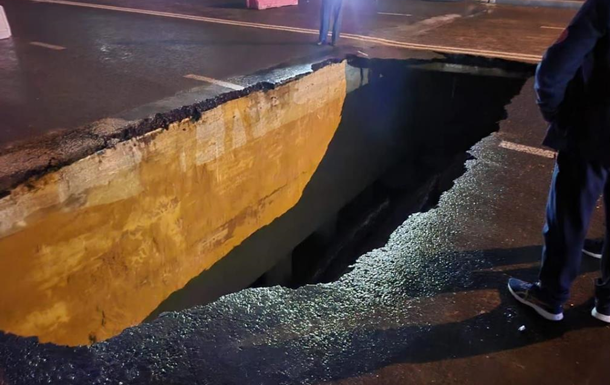 Part of the bridge collapsed in the center of Simferopol

The contractor will need about six weeks to carry out a “complete and high-quality repair” of the bridge.

Due to severe floods in Simferopol, part of the bridge across the Salgir River collapsed. On Sunday, June 26, the so-called “city head of Simferopol” of the Russian occupation administration, Mikhail Afanasyev, reported this in a commentary to the Russian state news agency TASS.

“A fragment of the bridge on Tolstoy Street collapsed. Two lanes of traffic collapsed, the other two lanes of oncoming traffic also do not inspire confidence. Therefore, traffic across the bridge is blocked. Now they are making a decision to renew the bridge,” he said.

It is assumed that the cause of the collapse of the road surface was the erosion of structures as a result of heavy rains and high water levels in the river.

In the Simferopol region, the Russian administration has introduced a state of emergency due to severe floods. Dozens of agricultural lands and several houses in villages around the city were flooded.

Earlier it was reported that the ban on air travel to the annexed Crimea and fears due to the “terrorist threat” led to a decrease in demand among Russian tourists by 30-45% for May.

Bloomberg announced a default in Russia

US may announce purchase of air defense system for Ukraine - CNN