In Russia called a provocation strike on Kremenchug 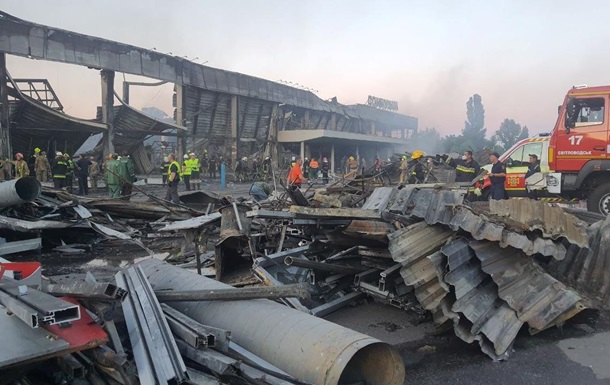 Rescuers work at the site of the destroyed mall in Kremenchug

The Russian side sees “many inconsistencies” that “strike the eye,” said Dmitry Polyansky.

A missile attack on a shopping center in the city of Kremenchuk, Poltava region, is a “provocation.” This was stated by the First Deputy Representative of Russia to the UN Dmitry Polyansky, informs RIA Novosti on Monday, June 27.

He clarified that “there was a provocation in the Buchan style”, hinting at the Russian version of the events in the city of Bucha, Kyiv region.

“We need to wait what our Ministry of Defense will say, but there are already a lot of inconsistencies that are striking. This is exactly what Kyiv needs to keep the focus on Ukraine before the NATO summit,” Polyansky said.

As you know, this afternoon, Russian Tu-22M3 long-range bombers fired two missiles at Kremenchug from the territory of the Kursk region. One of them fell at the stadium, and the other fell into the Amstor shopping center. The fire that broke out completely destroyed the building.

According to the latest data, at least 13 people died and more than 50 were injured. But the rubble is still being cleared, so the number of victims may increase.

Zelensky about the strike on the mall: Frostbitten terrorists

14 million Ukrainians did not get booster vaccinations - Ministry of Health