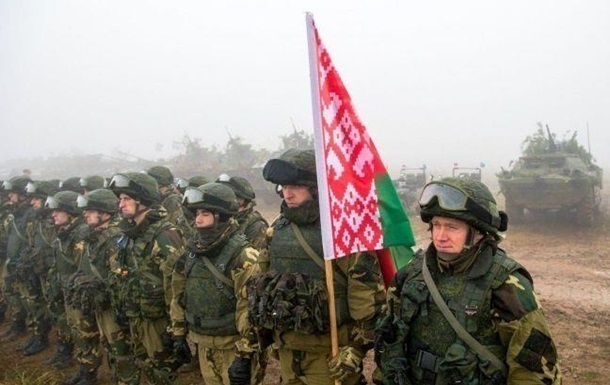 Belarus sent another train of ammunition to the Belgorod region, but there were no signs of the formation of enemy offensive groups in Volyn and Polesye.

Russian troops, supported by artillery, are trying to blockade Lisichansk from the south, shelling civilian and military infrastructure in the area of ​​Volcheyarovka, Loskutovka and Verkhnekamenka. Near Verkhnekamenka, the Armed Forces of Ukraine inflicted significant losses on the enemy and forced them to withdraw. About this on the morning of Monday, June 27, informs General Staff of the Armed Forces of Ukraine.

It is noted that no signs of the formation of enemy offensive groupings were found in the Volyn and Polesye directions. According to available information, the leadership of Belarus continues to provide military support to the Russian Federation, in particular, another batch of ammunition in the amount of up to 20 wagons has been sent to the Belgorod region.

In the Seversky direction, the enemy continues to provide enhanced security for a section of the Ukrainian-Russian border. In addition, continued shelling of civilian and military infrastructure in the area of ​​Yanzhulovka, Chernihiv region. The invaders also launched air strikes on the settlement of Slavgorod, Sumy region.

In the Slobozhansky direction, Russian troops are firing at units of the defense forces, conducting electronic reconnaissance and electronic warfare.

In the Kharkov direction, units of the Russian army fired from tanks, mortars, cannon and rocket artillery in the areas of the settlements of Kharkov, Shevelovka, Peschanoe, Chuguev, Shestakovo and Russkaya Lozova. Also, units of the Russian troops conducted assault operations in the area of ​​\u200b\u200bthe settlements of Dementievka and Pitomnik, they were not successful, but they tried to remotely bypass the area near Fedorovka, Ukrainka, Zamulovka, Shestakovo and Pobeda.

In the Slavic direction, the enemy concentrated his efforts in the direction of the Dolina settlement. Shelling from cannon and rocket artillery was recorded in the areas of the settlements of Bogorodichnoye, Adamovka, Krestishche, Grushuvakha and Svetlichnoye. In order to improve the tactical situation, the enemy is attacking in the direction of the settlement of Mazanovka, the battle continues.

On the Avdeevsky, Kurakhovsky, Novopavlovsky and Zaporozhye directions, the enemy fired at the positions of our troops using cannon and rocket artillery along the line of collision. Inflicted airstrikes in the areas of the settlements of Krasnogorovka, Veseloe, Ugledar, Shevchenko, Prichistovka, Maryinka and Pavlovka. An enemy missile and air strike was recorded on the settlement of Avdiivka. Near Maryinka, Ukrainian soldiers again nipped in the bud the enemy’s attempt to move forward.

Recall, on the eve of intelligence reported that the Russian Federation is increasing its military presence in Belarus.

Earlier, the GUR reported that the Russian Federation intends to draw Belarus into the war.