Travel restrictions imposed in Cherkasy due to bridge damage 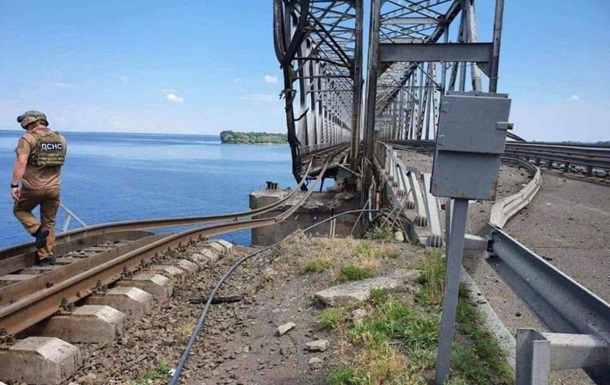 Travel restrictions imposed in Cherkasy due to bridge damage

In particular, the passage of motor vehicles over 8 tons is prohibited, the head of the Cherkasy OVA reports.

Due to the missile attack on the bridge in Cherkassy, ​​the passage on the dam is subject to restrictions. This was reported by the head of the Cherkasy OVA Igor Taburets.

In particular, the passage of vehicles over 8 tons is prohibited.

The railroad track was also damaged, and they promise to quickly restore it.

As a result of a missile strike near Cherkassy, ​​an infrastructure facility was damaged – one person died, five more people were injured, – said the chairman of the UVA, Taburets.

Recall that on June 26 Cherkassy was hit by a rocket attack.