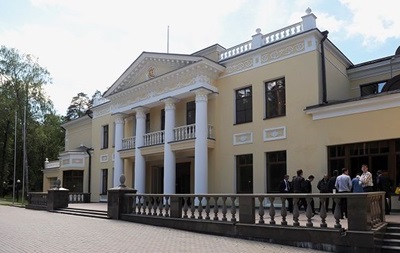 According to the prosecution, equipment and materials for construction were purchased at inflated prices.

In Russia, businessman Dmitry Mikhalchenko was imprisoned for 20 years, who was accused of embezzling the construction of the residence of Russian President Vladimir Putin. It is reported by the Russian service BBC.

It is reported that Mikhalchenko was found “guilty” of embezzlement during the construction of Putin’s residence in Novo-Ogaryovo. The Second Western District Military Court sentenced him to 20 years in a strict regime colony – this is exactly what the prosecution requested. He will also have to pay a fine of 1 million rubles. For the remaining five defendants, the prosecution asked for 8 to 18 years in prison.

All were found guilty of a particularly large waste of budgetary funds (part 4 of article 160 of the Criminal Code), and the ex-general director of the holding company Forum Mikhalchenko, as well as the former director of FSUE Ateks of the Federal Security Service of Russia (FSO) Andrey Kaminov and the ex-head of Stroyfasad Sergey Litvinov – in the creation, leadership and participation in an organized criminal community using his official position (part 3 of article 210 of the Criminal Code of the Russian Federation).

The ex-head of the Engineering and Technical Support Service (SITO) of the Federal Security Service of Russia, Lieutenant General of the Reserve Igor Vasilyev and the head of one of the departments of the same service, Colonel Dmitry Ulitin, were sentenced by the court to six and five years in a penal colony with fines of 500 thousand rubles and deprivation of titles.

Two more defendants – Litvinov and one of the former leaders of the Climate company, Prof. Boris Maltsev – were sentenced by the court to 11 years in a strict regime colony with a fine of 600,000 rubles. and three years in a general regime colony with a fine of 500 thousand rubles. The court exacted more than 1.2 billion rubles from all the convicts.

As representatives of the prosecutor’s office stated in court, Mikhalchenko created a criminal community in 2011. It, according to them, in 2014-2015 stole 1 billion 267 million rubles during the implementation of the state contract for the construction of the presidential residence in Novo-Ogaryovo. According to the prosecution, equipment and materials for construction were purchased at inflated prices.

Recall, Russian President Vladimir Putin arrived in the capital of Tajikistan, Dushanbe, leaving Russia for the first time since the start of a full-scale invasion of Ukraine.

Seleznev switched to Ukrainian and told why