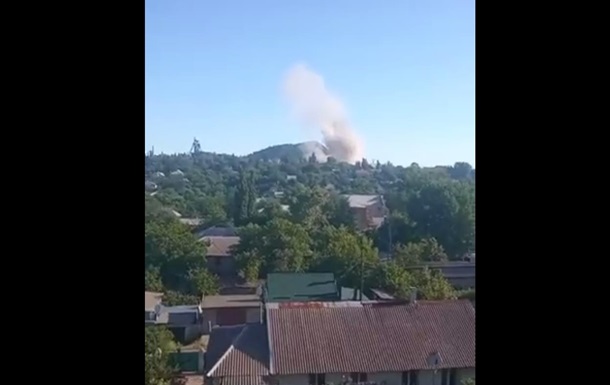 The “LPR” said that the Armed Forces of Ukraine struck from the American MLRS HIMARS. There are many ambulances on site. The enemy suffered losses.

In the temporarily occupied Perevalsk, Luhansk region, on Tuesday, June 28, a fire broke out in the military unit of the invaders. In the Department of Strategic Communications of the Armed Forces of Ukraine hinted for the good work of the Ukrainian military.

“Meanwhile, in the temporarily occupied Perevalsk,” cotton “and smoke was recorded. The smoke is not in the BC warehouse, but in the location of the personnel. No one doubts that the orcs got drunk and smoked where they shouldn’t. After all, Perevalsk is 60 km from the positions of the Armed Forces of Ukraine” , the message says.

Social networks report that there are now many ambulances and many wounded Russian soldiers on the spot.

The so-called “LPR” confirmed the blow and stated that “Ukrainian troops for the first time struck the city of Perevalsk from the American HIMARS MLRS.”

Recall that on the eve of the Luhansk region there was a fire with a detonation at the next ammunition depot of the Russian Federation. The object is located 50 km from the positions of the Armed Forces of Ukraine.

A few days earlier, Commander-in-Chief of the Armed Forces of Ukraine Valery Zaluzhny said that the M142 HIMARS multiple launch rocket systems transferred by the United States were already in Ukraine and were destroying the enemy.