Russia announced a chemical attack in the Odessa region 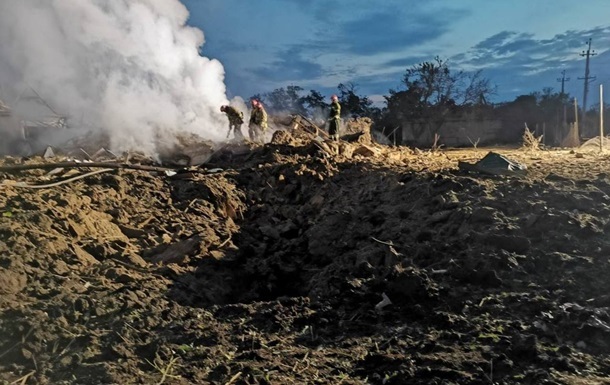 The consequences of the Russian missile strike in the Odessa region

Ukraine is allegedly preparing provocations to accuse the Russian Armed Forces of using chemical weapons against civilians, according to Sergei Shoigu’s department.

In the Odessa region, allegedly, preparations are underway for a chemical attack. About it reported Ministry of Defense of the Russian Federation on Tuesday, June 28.

The aggressor country claims that Ukraine is allegedly preparing provocations to accuse the Russian Armed Forces of using chemical weapons against civilians. Allegedly, for this, the SBU officers came to the sanatorium of the Ministry of Health of Ukraine Primorsky (Kurortnoye, Odessa region).

They allegedly “worked with the management of the institution on the issues of receiving, accommodating and providing medical assistance to victims of damage by chemical (poisonous) substances.”

Also, the department of Sergei Shoigu “warns” the West, the UN, the Red Cross and the Organization for the Prohibition of Chemical Weapons that reports of such “provocations” will be widely disseminated in the Western media and on various Internet resources.

Earlier on Tuesday, the Russian Federation “announced” a blow to the Krivorozhskaya TPP. The Russian Foreign Ministry said that Ukraine would allegedly present to the world community “fake evidence of a strike by Russian troops.”

And tonight it became known about the shelling of the Krivoy Rog thermal power plant by the Russian aggressors.

BdF Explains | The confusion of education in the Bolsonaro government